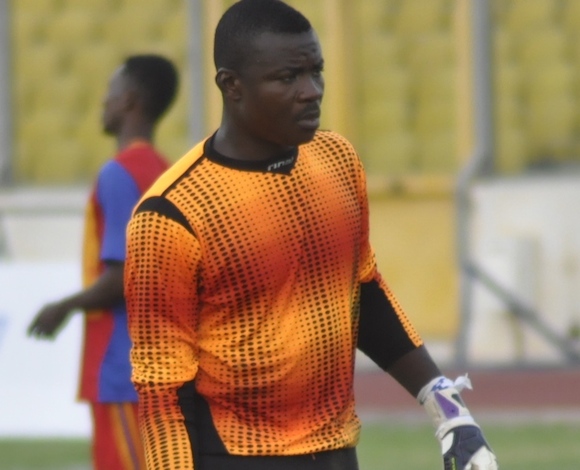 Hasaacas coach Yusif Bassigi insists he does not want to lose goalkeeper George Owu as talks over his contract extension drag on.

Owu has rejected an offer to renew his contract at the Premier League club over claims the financial rewards of the new deal is not good enough.

The former Ghana international is holding out for a larger amount but the club is unwilling to increase its offer - resulting into a deadlock.

The stalemate is threatening the continued stay of the experienced goalkeeper at the club.

But coach Basigi is adamant he wants Owu to remain at the club - hoping that negotiations prove successful very soon.

â€œI donâ€™t want him to leave the club because his experience plays a major role in the team,â€ he told Peace FM

â€œBut this is a player-management issue so I am not able to affect things that much but I hopes talks and negotiations go successful so that he stays.â€