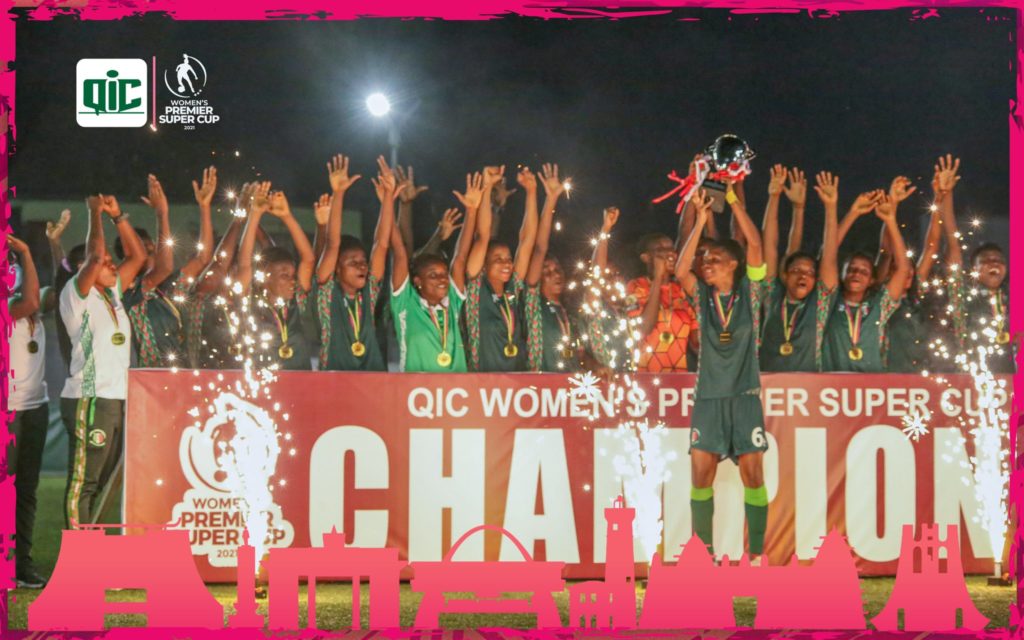 Hasaacas Ladies stretched their dominance in Women's football after winning their fourth trophy in 2021 with victory over Lady Strikers in the Super Cup.

Veronica Appiah's first half brace set the tone for an interesting finale which saw Lady Strikers score twice in the final ten minutes of the game on Sunday at the Madina Astro Turf.

Appiah opened the scoring after 14 minutes before adding his second just few minutes to half time.

Lady Strikers were dazed after the break when defender Edith Ogbanna netted an own goal to make it 3-0 for Hasaacas Ladies.

However, a late fightback saw Gladys Amfobea pull one back with ten minutes remaining. Black Queens defender Ellen Coleman made it 3-2 but it was a little too late for Lady Striker.

Hasaacas Ladies have now added the Super Cup trophy to the League, FA Cup and WAFU Zone B titles.

The only trophy missed this year was the CAF Women's Champions League, which they lost to Mamelodi Sundowns a fortnight ago.