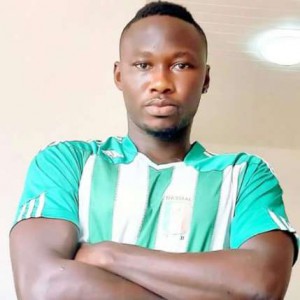 Hasaacas striker Eric Bekoe insists he's not in competition with anyone for the goal king crown.

The former Kotoko striker, who joined Hasmal at the start of the season, has netted eight times.

He is the third on the scorers' chart behind Aduana Stars Yahaya Mohammed (12) and Liberty Professionals Latif Blessing (9).

He says he's not in direct competition with any player for the goal kin title.

“Am not in competition with anyone. I move at my own pace because the race is not for the swift but rather is God who shares favour."he is quoted by ocsportsnews.

Bekoe will seek to increase his tally when Hasaacas host Hearts in their next fixture at home on Sunday.