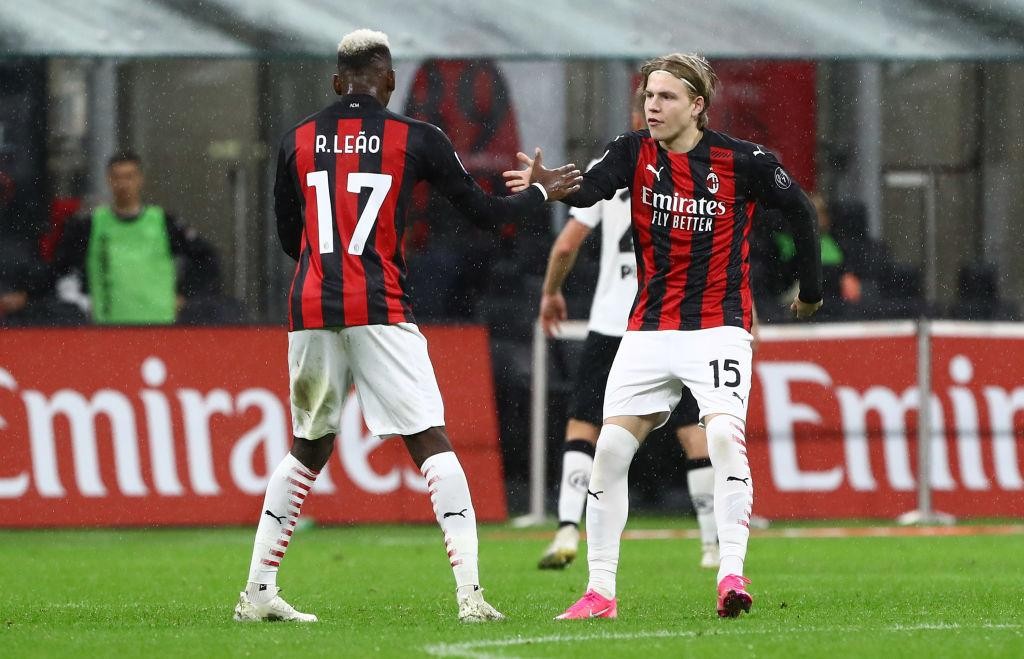 Hauge has made his Serie A TIM debut and his international debut with Norway. Today at Milanello, he was officially presented to the press alongside Dalot. Here is what Jens Petter had to say:

FROM SAN SIRO TO... SAN SIRO
"It was amazing to play at San Siro with Bodø/Glimt. It was a great experience to play against AC Milan at San Siro. I could show my quality against a really strong side, and it was the right decision to come back and play for the Rossoneri. AC Milan had scouted me before the Europa League game, after the match we came together even more until the transfer. Other Italian clubs wanted me as well. I'm ambitious, so I decided to come here. We have some great players and I will need to work my hardest to be at their level."

HIS ROLE AND CHARACTERISTICS
"I can play in many positions, on the wing, through the middle, as a trequartista or off the shoulder of a striker. I like to have the ball, be dangerous in attack and entertain the Rossoneri fans. I am not afraid of competition. Competition in a team is extra motivation to grow and improve."

THE TEAM
"We hope to do well this season. The team has quality and we can do really great things. We want to raise the bar and reach increasingly ambitious goals. We hope this is the start of a really good run."

DERBY EMOTIONS
"I had played my last Derby in Norway; it was amazing to experience the Derby di Milano. It was fantastic to be at a game like that and see all the founds outside the stadium."

NORWEGIAN FOOTBALL
"There are a lot of promising young players in Norway; they all want to play at a high level and many of them are doing that. It's great to be a Norwegian footballer in this historic period. I've learnt a lot from international teammates. Håland is a friend of mine; we've spoken a lot and he told me to work hard and have fun."