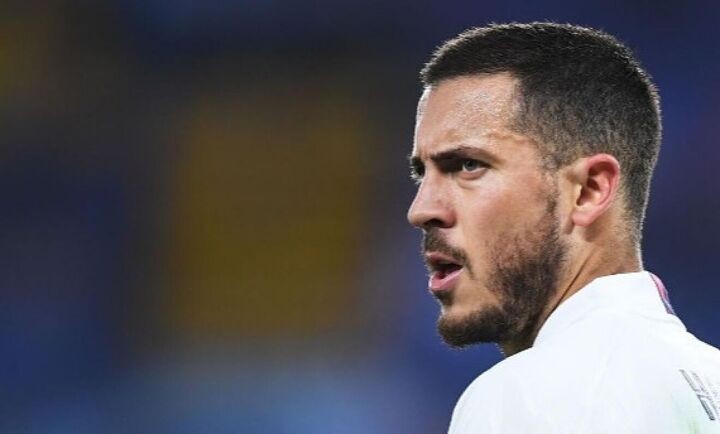 Eden Hazard has now been at the most demanding club in the world for two years and, looking at him, it seems as if this isn't for him. Being the most expensive signing in the history of the world's most successful club implies certain obligations, such as contributing to adding titles, yet Hazard's contribution in two years has been nothing. He could have done something on Wednesday in the Champions League, but once again the match passed him by. When it finished, he was seen laughing with Chelsea players in contrast to the disappointment shown by the likes of Luka Modric, Casemiro and Karim Benzema. That angered Real Madrid fans, who don't easily forgive such things. Having seen the controversy that came from his laughter, the Belgian apologised on Thursday by saying he didn't mean to offend.

Hazard's apology is the first thing to applaud him for, having not been at the level expected of a Real Madrid player on or off the pitch these past two years. During this time he has played just 40 of a possible 99 matches, scoring four goals across 2,388 minutes (26.6 percent of the total available). Only four times has he played the full 90 minutes because he has missed out with 396 days of being on the injury list as a result of his nine injuries. Four were contract injuries and five were muscular. He needed an operation on his right ankle in March of 2020 after injuring that ankle in November of 2019 from a challenge by his countryman Thomas Meunier. On top of all that, Hazard also missed some days with COVID-19. Considering Real Madrid paid 120 million euros for him when he had just a year left on his Chelsea contract and considering his 15m euros net of salary, making him the best-paid player in the squad, there can only be one conclusion. As well as being the most expensive, Hazard is the worst signing in the history of the club. At least until he proves otherwise.

Hazard wasn't up to it from the very first day, when he appeared for pre-season more than six kilos overweight. On that day, more than one person at the club realised they'd made a mistake in their choice of a replacement for Cristiano Ronaldo. That was confirmed when at the start of his second season he prioritised going off with the Belgian national team while still injured, rather than staying to recover. Hazard isn't committed and doesn't look after himself enough. He doesn't have the mentality to be a leader and can't live up to the demands of being Real Madrid's superstar. If he didn't stop to think that fans might be hurt by seeing him laugh after Wednesday's match then it's because he can't understand, as football isn't the priority for him. When you're supposed to lead Real Madrid, that shows you're in the wrong place. Hazard is a very good footballer, but he doesn't want to be the best and that's why he's not made for Real Madrid.