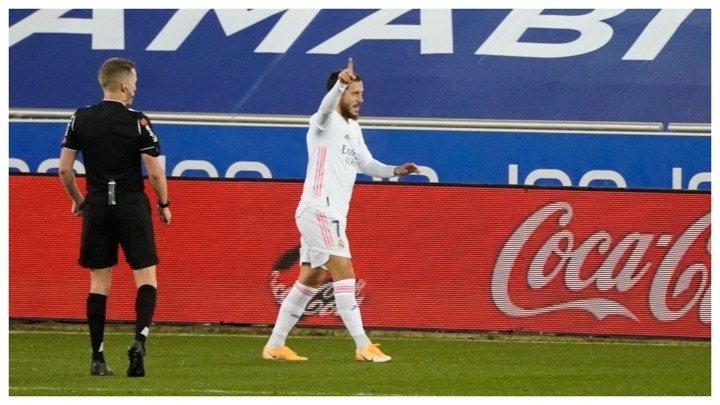 This match again Alaves won't go down as the best of Eden Hazard's career and although he was far from his best at the Mendizorroza, he has justified Zinedine Zidane's belief that he can return to top form.

Hazard started the match because his coach strongly believes that he's on his way back. This is his longest run in the team since last season when we was injured against Paris Saint Germain in the Champions League.

Linking up with Ferland Mendy on the left side, it took Hazard a while to find his feet in the match but started to impact more as the game went on. He usually plays cautiously to avoid any knocks early in the game, and there was a scare when he was challenged by Victor Laguardia.

The Belgian brushed himself down, however, and went on to enjoy his best period in the game and was involved in the first two goals, dummying for Karim Benzema for the second.

Just before the stroke of half-time, he made his mark. He showed superb ability to control the ball and slot it home, reminding us just why he was once amongst the top five players on the planet.

This was just his third goal this season and his first since November 25 against Inter in the San Siro, bringing his total to four.