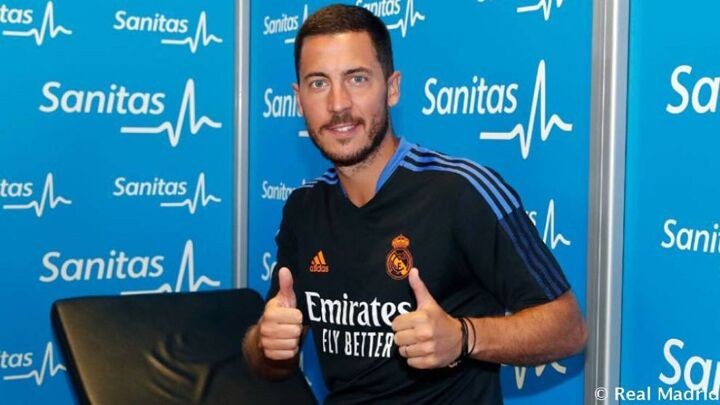 Carlo Ancelotti is set to form his first impression of Eden Hazard, with the Belgian star having made his return for Real Madrid's pre-season after his holidays came to an end on Tuesday.

The pressure on Hazard heading into his third season in the Spanish capital has been significant, especially seeing as he missed the bulk of his first two years through a multitude of injury complaints.

Nobody can fault a player who suffers with injuries, but the concern within Valdebebas is that Hazard hasn't previously shown the desire and attitude befitting of a player looking to make a real mark on Real Madrid.

Ancelotti has taken note of the first two pre-seasons Hazard has lived through in Spain, and he is eager for there to be a change of approach this year.

Hazard is already in better shape as he was involved at the European Championships with Belgium, but he will be examined on Tuesday to find the condition of his ankles.

He missed matches against Italy and Portugal through injury, and it will be down to Antonio Pintus to build a fitness regime which suits the 30-year-old.