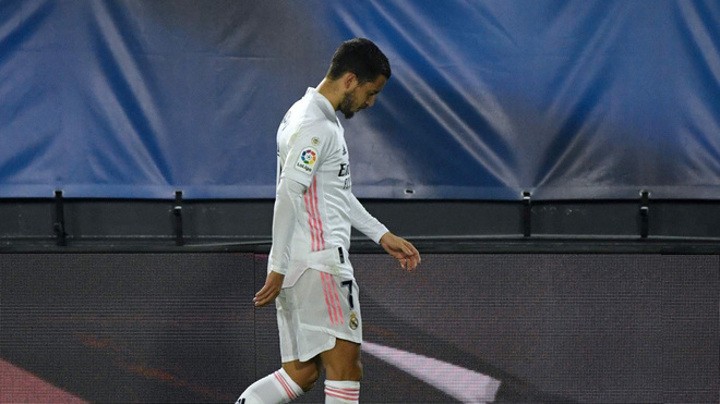 It seems like Eden Hazard's injury woes at Real Madrid will never end. Since returning from a serious ankle injury in February, the Belgian has been unable to string together more than three appearances in a row for Los Blancos.

Only three months in to this season, Hazard has already been injured three times, bringing his total number of injuries since his arrival at the Estadio Santiago Bernabeu to seven.

His latest problem came when he limped off against Alaves. This follows on from two weeks on the sidelines after he tested positive for COVID-19. Along with two other knocks this season, Hazard has only been able to feature in six of Real Madrid's 14 matches this term and has been out for a total of 70 days.

This is extremely frustrating for Hazard as he hasn't been able to get in to his stride and hit top form - something that he's been desperate to do since he moved to the Spanish capital.

His injury hoodoo seems to have carried on from last season when he picked up four injuries - two of which were serious. He had a muscle problem before the start of LaLiga, followed by two serious ankle injuries and another more minor issue after the return of league football. In total, he has been unavailable for 229 days, having played just 22 times.

Hazard was looking for playing time to get himself up to speed and it seems like that will never come. The situation is becoming a real nightmare for both the player and those at the club. The images of him limping off against Alaves have already become representative of his time at Real Madrid.

It remains to be seen how long the Belgian will be out for this time around and he'll have to undergo tests to determine the extent of the issue.