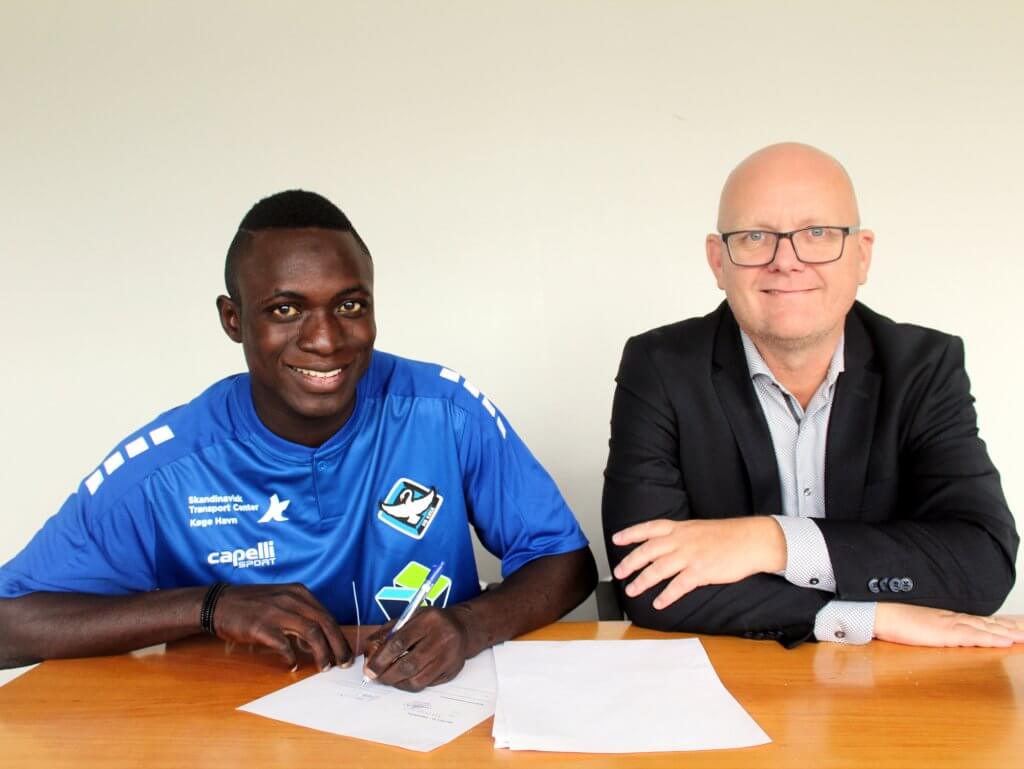 Sporting Director of HB Køge Per Rud has opened up on his outfit's plans for newly-signed Nigerien forward Victorien Adebayor.

Adebayor has joined the Blues on a three-year contract from Ghana Premier League side Inter Allies in the ongoing transfer market.

The Nigerien international becomes the most expensive purchase in HB Køge's history.

The 23-year-old hitman was in superb form for the Capelli Boys, netting 12 goals in 13 games before the season was annulled following the emergence of the coronavirus.

"We have high expectations for Victorien Adebayor. When we pick up such a high-profile player, we also believe that he can become a crucial figure with us. Adebayor is an exceptional player who can cover all places in the offense. Both on the edges, centrally behind the front attacker and all the way in front. He has speed in his feet and some technical skills that allow him to put his direct opponent, and then he has a strong left leg," says HB Køge director Per Rud, who has been to Ghana and seen the new HB Køge player in action, just as there has also been good intelligence from Henrik Lehm. Henrik Lehm, who has a past as head coach at HB Køge, was head coach of Inter Allies FC earlier this year - until the coronation in March.

“It has been a long process, which has required goodwill in many respects to succeed. And in the end, Adebayor has decided that HB Køge should be the next step in his career. He has had many options to choose from. We know that players who, like him, come from a completely different environment must have time to get used to the new environment. Here we have a significant advantage, as we already have players in the squad from Inter Allies. It is not as if we expect Adebayor to knock the ball into goal from day one. We need to build an everyday life that makes him thrive. We hope he can make a difference, but we also need a little patience."