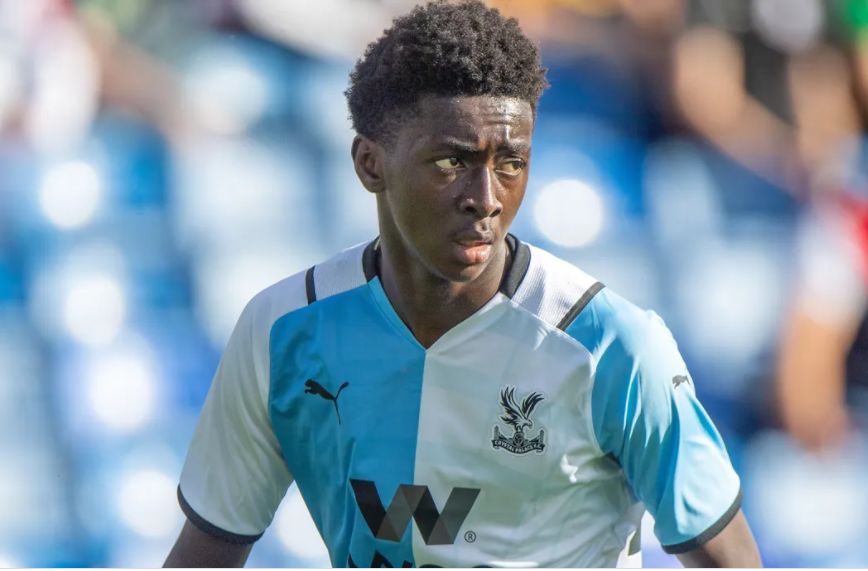 Crystal Palace manager Patrick Vieira is full of praise for Ghanaian teen Jesurn Rak-Sakyi after his superb display in the pre-season friendly draw against Charlton Athletic.

The 18-year-old winger opened the scoring as the Eagles were held by Charlton Athletic to a 2-2 draw at the Selhurst Park on Tuesday, in their first match at home this season.

Rak-Sakyi signed his first professional contract with the club in July, and has showed glimpses of quality during pre-season, giving Vieira an option on the flanks ahead of the upcoming campaign.

This has sparked punters to tip Palace for success this season with many looking for good offers to place their bets on the London-based team. Check out this comprehensive list of best cashback casinos Canada that the bookmakers are offering.

The attacker of Ghanaian descent opened the scoring in the match before tormenting Charlton defenders with his pace and dribbling ability which won the hearts of supporters of Palace.

"I think what was really important today was improving from our last game," Vieira told Palace TV.

"I think tonight gave us an opportunity to see some of the young players from the Academy. And I learned a lot from them today. Some of them showed character, desire to compete at this level and that was the positive side of the game today.

"Jes showed a lot of desire and he got rewarded by the goal. He showed fantastic talent - he’s been working with us for quite a while now. He’s one of the young players who shows that he’s excited to be around the first-team.

"I want this kind of spirit from these young players, showing determination and today he and some of the other ones did really well."

The former Arsenal captain says his decision to give Rak-Sakyi and other academy players the chance to compete with the first players has injected some competition in the Palace squad.

"It’s always difficult when you manage to have a couple of [first-team] players and a lot of young players from the Academy to find the right balance.

"But I’m quite satisfied with where we are tactically. There’s a really good understanding from the players about what I want and now we have all the players available to perform."

Rak-Sakyi has the benefit of having some Ghanaian players like Jordan Ayew and Jeffrey Schlupp at Crystal Palace to give guidance to settle with the first team of the English Premier League side.