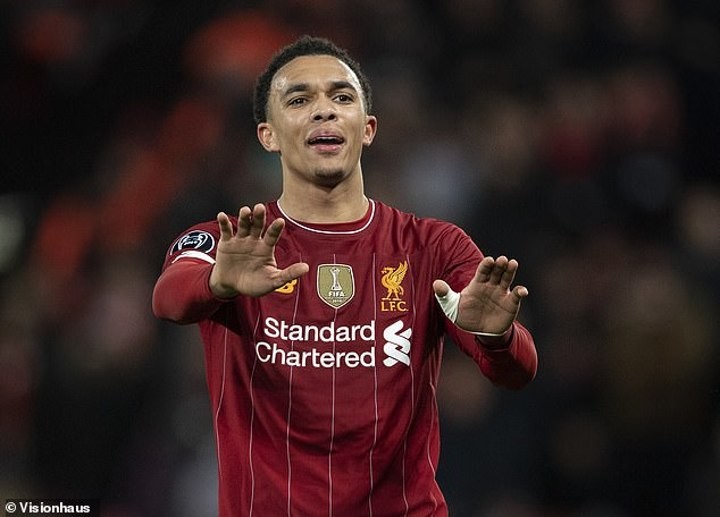 Trent Alexander-Arnold may only be 21 but he is already proving to be an inspirational figure to Liverpool's academy players.

Alexander-Arnold broke into the Liverpool first-team in the 2016/17 season and is now a permanent fixture in Jurgen Klopp's starting XI.

Standout performances - in particular against Barcelona at Anfield last year - have demonstrated how far he has come and it hasn't gone unnoticed by those aiming to follow in right back's footsteps.

Neco Williams, 18, is also a right-sided defender and believes Alexander-Arnold's success has acted as inspiration for those in the Liverpool academy.

Williams, who has appeared five times for the senior team in the FA Cup this season, said: 'It's just kind of an eye-opener to prove to people that anything is possible with hard work and dedication.

'Trent was at the academy from a young age and he's gone up through the ranks. Now he's obviously one of the best right-backs in the world and he's playing unbelievably.

'So I think for all the academy, it doesn't matter what position, it's just an eye-opener to prove to people that it is possible.

'When I'm training obviously I'm trying to focus on myself and my own game but at the same time, I'm watching Trent and trying to study how he plays also and try to take bits and parts of what he does into my game.

'I think that's what I've been doing since I've been going up there [Melwood]. That's definitely improving me as a player.'