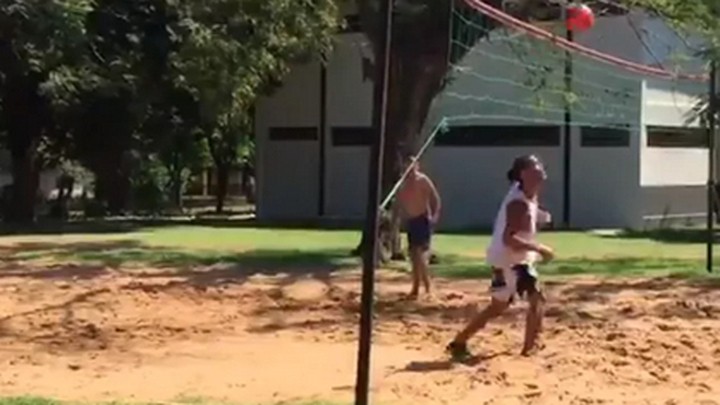 Ronaldinho has kept himself busy by playing footvolley with fellow inmates while in prison in Paraguay.

The former Barcelona star is being kept in pre-trial prison in Asuncion after being arrested for entering Paraguay using a fake passport.

The Brazilian has seen his reputation take a further jump within the prison after playing a key role in his team winning the in-house football tournament.

Ronaldinho and his brother, Roberto, are set to be held in the prison for up to six months while their trial is heard.