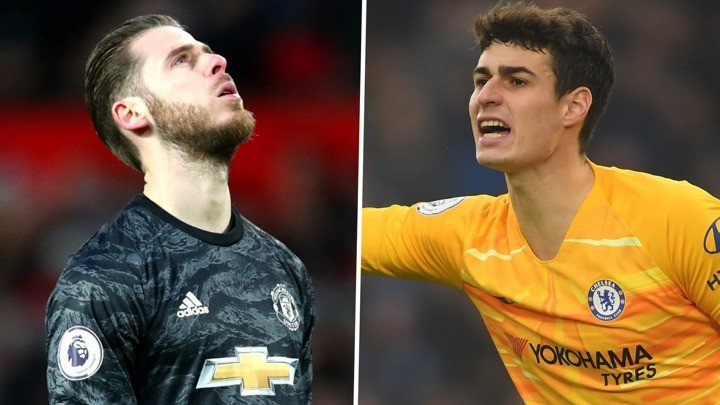 Kepa Arrizabalaga’s situation at Chelsea can be likened to David de Gea’s early days at Manchester United, says Robert Green, with another Spanish goalkeeper being backed to come good in time.

The Red Devils showed considerable faith in a young goalkeeper when prising De Gea away from Atletico Madrid in 2011.

A steep learning curve was endured by a fresh face at Old Trafford, with the physicality of the Premier League proving too much at times.

De Gea was, however, to find his feet and eventually become a model of consistency for United – one with four Player of the Year awards to his name.

A fellow countryman is hoping to tread a similar path after suffering similar struggles on the back of his own big-money move to England .

Chelsea made Kepa the most expensive goalkeeper on the planet when snapping him up from Athletic Club for £71 million ($90m) , but have seen questions asked of the 25-year-old’s ability and attitude.

Green, who worked with the Spaniard at Stamford Bridge before hanging up his gloves in 2019, believes a promising shot-stopper will prove his worth if shown the same level of patience as De Gea was afforded.

The ex-England international told talkSPORT: “Kepa’s got a long-term contract at Chelsea and I’d like to see him there.

“It’s a bit like how David de Gea was at the start of his United career.

“He was absolutely destroyed at the start and now it’s one of the best things that’s happened to him in the last decade.”

Kepa briefly slipped out of favour under Frank Lampard in the middle of the 2019-20 campaign, with Willy Caballero filling in between the sticks, but a return to form and favour was enjoyed before football shut down amid the coronavirus pandemic.

Green believes further progress will be made once competitive action resumes, with there still plenty of potential for Chelsea to unlock in a player they have invested considerable faith and funds in.

He added: “Kepa’s brilliant with his feet. It’s one of those ones where he was always going to have a little downturn in form because he played so many games (54) last season.

“But he had that little spell out of the team this season and then came back in the FA Cup and got man of the match against Liverpool, which might have done him a favour, just mentally.

“I think because of the price tag the expectation has been far greater.

“Everyone’s been waxing lyrical about [Dean] Henderson at Sheffield United, Kepa’s not that much older than him [23].