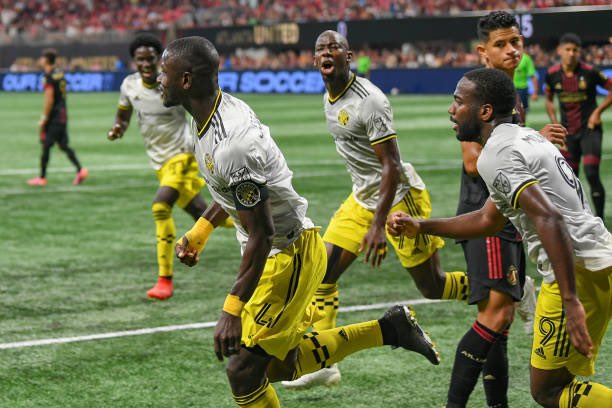 Columbus Crew coach Caleb Porter was full of praise for Ghana defender Jonathan Mensah after scoring the winner in the game against Atlanta United.

The Columbus Crew captain scored the only game of the game in the 65th minute and was a rock at the back as he kept the Atlanta forward at bay.

An excited Porter, described Mensah as unbelievable at both ends of the Mercedes Stadium on Saturday night.

“I thought he was unbelievable in the box, his box defending, heading things out,” Porter said of his captain.

Having netted the only goal of the game, Mensah's 14 clearances were the most by anyone in the league so far this season. His 11 headed clearances are also a single-match high in MLS.

“There are going to be some games where you need your center-backs to do a bit more,” Porter said. “Certainly, in that second half we needed Jonah and Bouba (Keita) and Waylon (Francis), whoever was in the game to really have big balls – sorry for the French – ...and you have to be mentally tough, and I felt we showed that, and that’s why we’re, right now, one of the best defensive teams in the league," added Caleb Porter.

Meanwhile, Jonathan Mensah was excited by his performance and praised the entire team for the solid display.

"I believe every game that we go out to play we want to keep a clean sheet,” Mensah said.