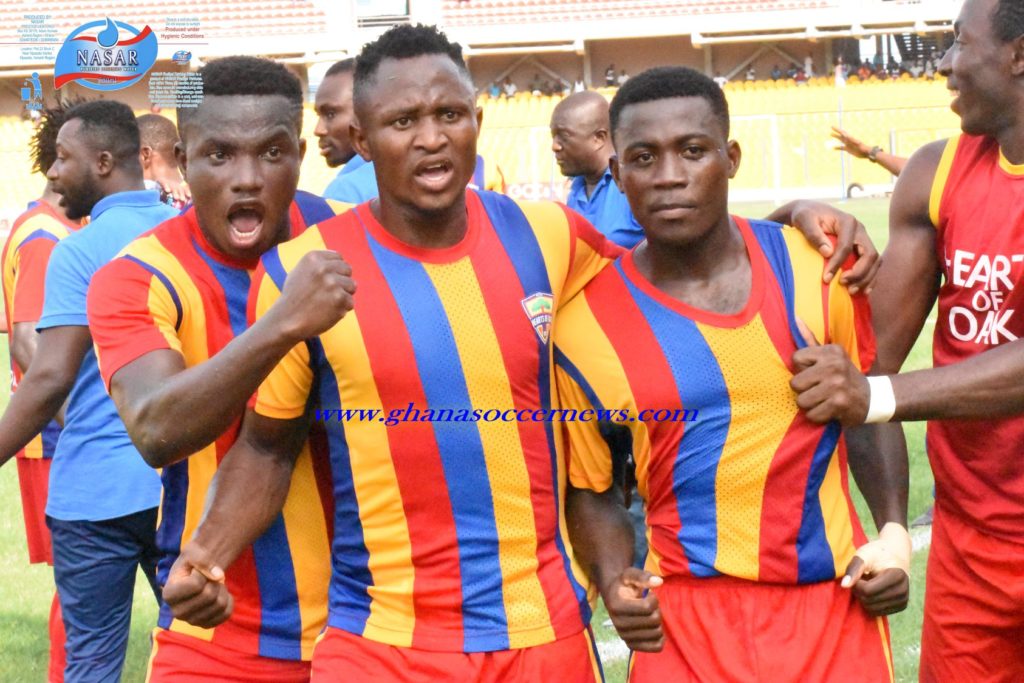 Ghanaian giants Hearts of Oak defeated Future Star Academy 4-1 in their first preseason game as the team prepares ahead of the new Ghana Premier League season.

The game which was played at the team’s training center at Pobiman had a lot of fans at the grounds as they watched the team play in their new Umbro kits.

He got his brace in 15th minute when he came at the end of a well taken Corner with a headed.

The first half ended with Hearts leading 2-0

Future Star Academy pulled one back in the 55th minute.

Fatawu Mohammed made it 3-1 for Hearts after tapping home a rebound.

Esso got his hat-trick in the dying minutes with a long range strike to make it 4-1.