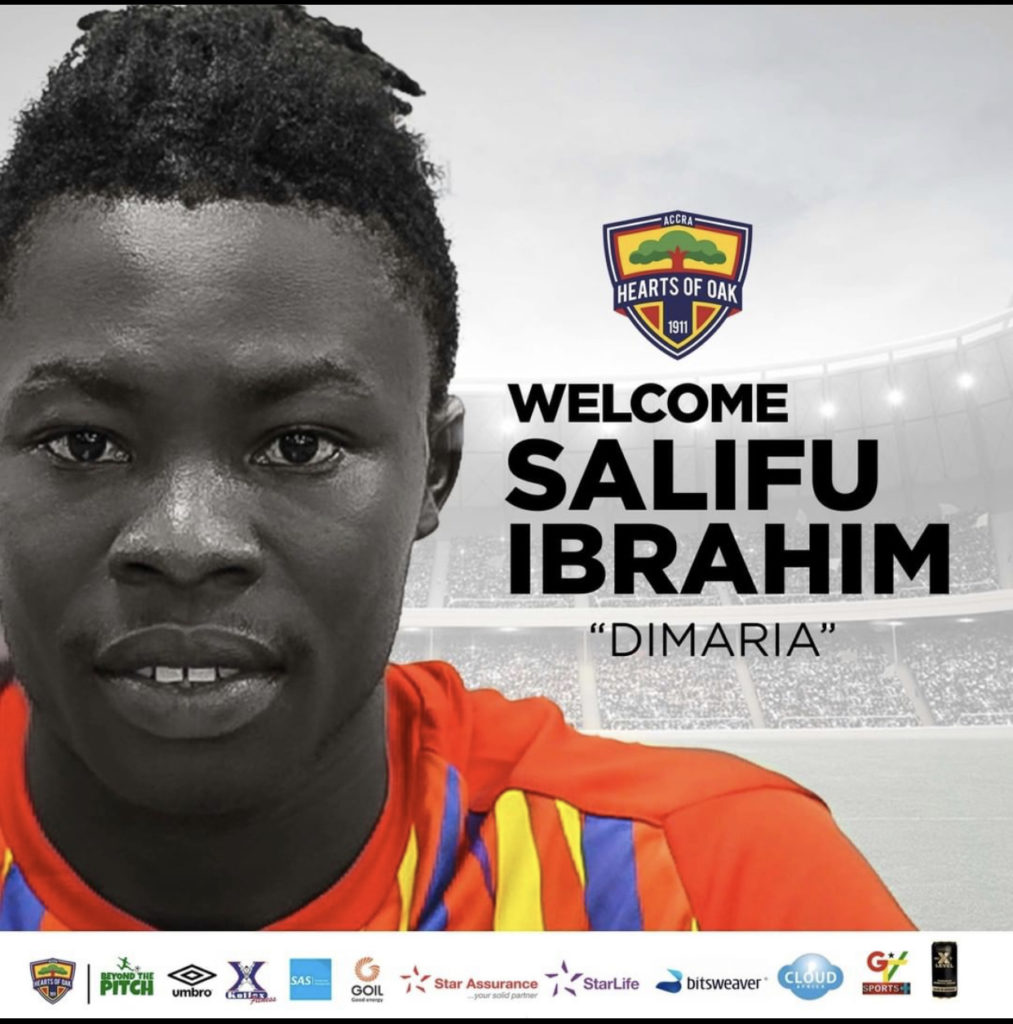 Hearts of Oak has announced the signing of Salifu Ibrahim from Techiman Eleven Wonders.

The talented winger joins the Ghana Premier League giants on a three-year deal.

Salifu arrived in the capital on Friday to undergo his medicals and sign the deal as earlier reported by Ghana’s leading football website GHANAsoccernet.com.

The 20-year old popularly know as Di Maria will take home Ghc 3,000 monthly salary according to sources and becomes of one the highest paid players at the club.

He trained with the Phobians on Saturday ahead of their Super Clash game against Asante Kotoko on Sunday at the Accra Sports Stadium.

Salisu has been in top form for Techiman Eleven Wonders and was among the players invited by Black Stars coach to begin camping for next months AFCON qualifiers against South Africa and São Tomé.

He is expected to help the Hearts of Oak compete for laurels this season.

Salifu is likely to make his debut against Asante Kotoko on Sunday.