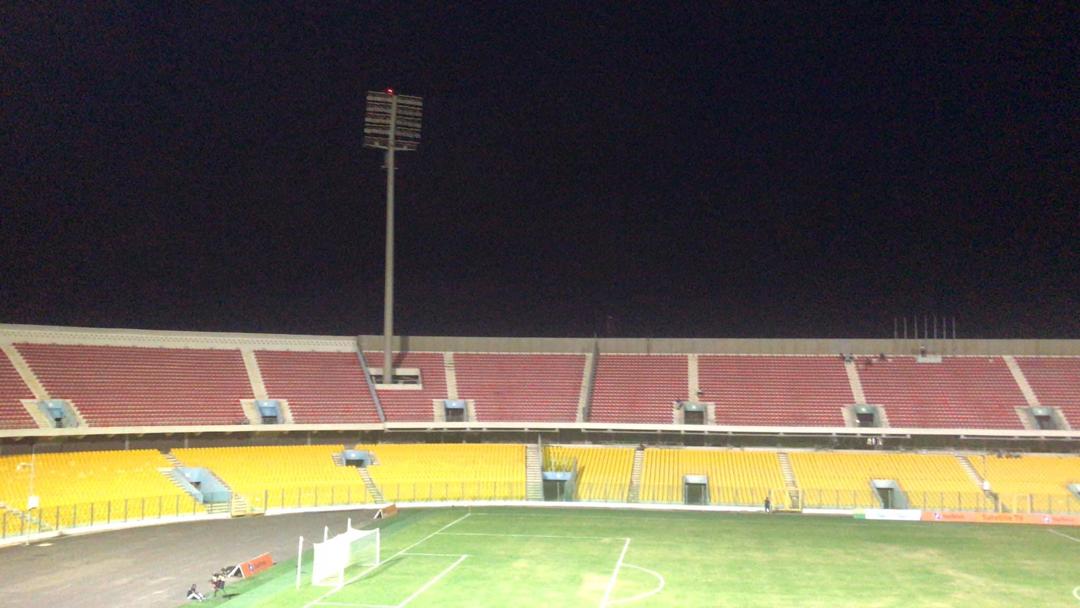 The Ghana Premier League matchday two clash between domestic giants Hearts of Oak and Ashantigold started late after failure to turn on the floodlights on time.

The game which was expected to start at 6:00 pm delayed for almost 15 minutes, forcing the match to start late.

According to information gathered, the person in charge of the floodlights at the stadium left duty with the keys.

This led to the commencement of the game late than the stipulated time.

The Phobians were hosting the Miners in their first game of the season after their matchday one fixture against Aduana was postponed due to cases of COVID-19.

They were finally cleared after a second test returned negative.

Meanwhile, Ashantigold will be engaged in their second game of the season after drawing against Karela in Obuasi on matchday one.