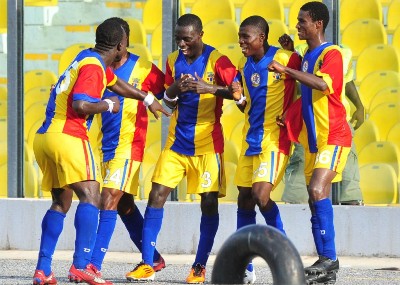 The Phobians remain winless since the second round opening win away to Heart of Lions and have since gone five matches without picking up maximum points.

Heartsâ€™ recent slump saw the exit of Serbian trainer Nebojsa Vucicevic but his replacement C.K Akunnor failed to get off to a flyer after falling to Liberty Professionals in his first game in charge.

Kotoko on the other hand are undefeated in nine games with their last defeat stretching way back to last December where they lost to All Stars in Wa.

Their rich vein of form has seen them emerge clear favourites to land their 22nd league title haven opened up a healthy ten point lead at the summit of the Ghanaian topflight.

But Heartsâ€™ CEO whose team is currently fourth with some tough matches to come say they will fight to the end despite admitting it will be a herculean task to dislodge their rivals at the top.

â€œWe have not thrown in any towel at all. We have nine matches to go so we will see whatever happens even though I admit it will be a difficult task to catch the leaders,â€ he said.

Hearts next travel to the Agyemang Badu Park to face a plucky Aduana Stars before hosting All Stars at the Accra Sports Stadium.

They then travel to Kumasi to battle the leaders in the big Ghanaian derby on April 15.