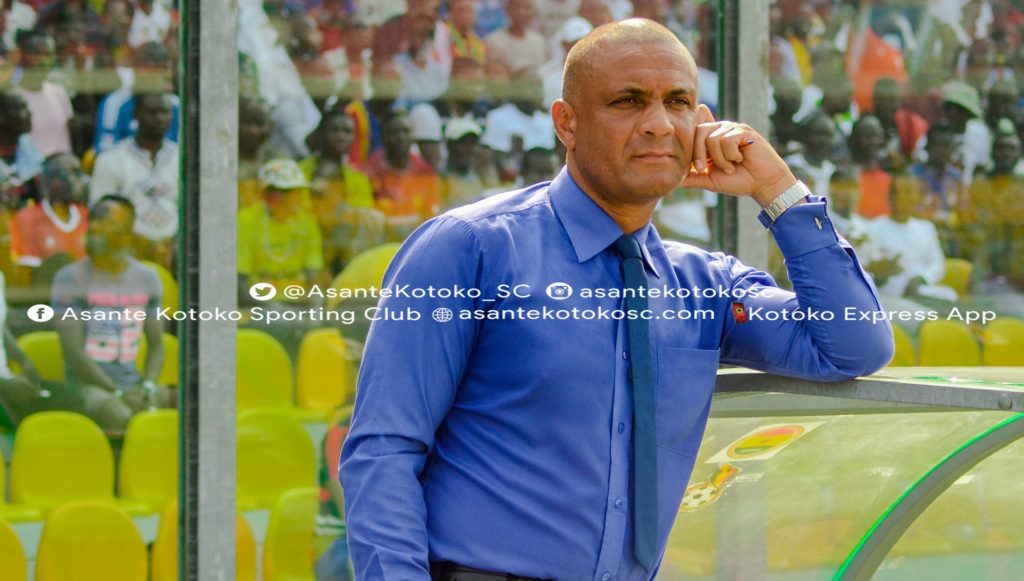 Hearts of Oak coach Kim Grant says he is looking forward to a successful 2019/20 season with the Phobians.

The Ghana Premier League will start on the weekend of December 27-29, after over a year without competitive football.

Grant will be leading the club for the first time in the GPL, after flouring with a youth side in the NC Special competition.

The ex-Ghana international revealed he is looking forward to a successful season, as the Rainbow club seek to end their barren run of of major trophies.

"I am not going to promise anything but if we do the right things and win games. Hopefully we will be success and see what happens at the end of the season," he said.

Despite receiving widespread praise for his transformation of the club after a year in charge, the former Dwarfs and Elmina Sharks technical director disclosed he has been faced with some challenges.

"Most challenge probably was not playing the league and trying to keep the players motivate," he said. "It affected preparations, preseason and everything so that's probably the most difficult challenge, we've had."

Hearts of Oak are 20 times champions of the Ghana Premier League but have not won the competition since 2009.

Ahead of the new campaign, Kim Grant expects tough competition from the other 17 teams.

"The league has been expanded to 18 teams now, so far the teams we played against in the NC, obviously there was two tiers, we only played in the tier two so it was difficult to compare the other teams," he said.

"The group we were in was very competitive and I thought there were challenging games and obviously it was good for me especially to see the strength and weaknesses of other teams. Yea it was strong and I am sure this season will be tough."