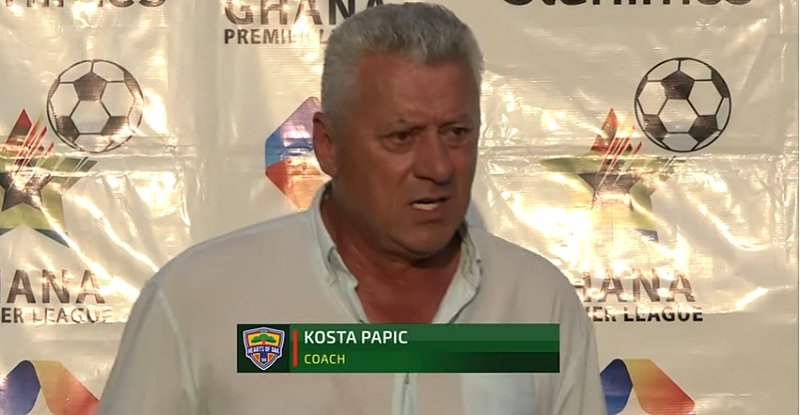 Hearts of Oak coach Kosta Papic is worried by his side's lack of consistency after their draw at Elmina Sharks on Sunday.

The Phobians failed to build on their impressive 6-1 thrashing of Bechem United last week as they had to settle for a 1-1 draw in Elmina on matchday 8 of the Premier League.

Sharks took the lead through midfielder James Bissue before in-form forward Victor Aidoo rose high to head in the equalizer for Hearts.

"Not good enough," said the Serbian tactician after the game. "Five of my players were not on the pitch so it very difficult to win the match," he added.

The Phobian traveled to Elmina with a depleted team following injuries to several of their starters.

"They are still missing that killing instinct. What I said is going to happen, happened. One day we play fantastic and the other day poo," he said.

"Consistency is missing from the football we want to play and in that case it difficult to discuss properly," he concluded.

Hearts of Oak will next host Techiman Eleven Wonders on matchday 9 of the Ghana Premier League.