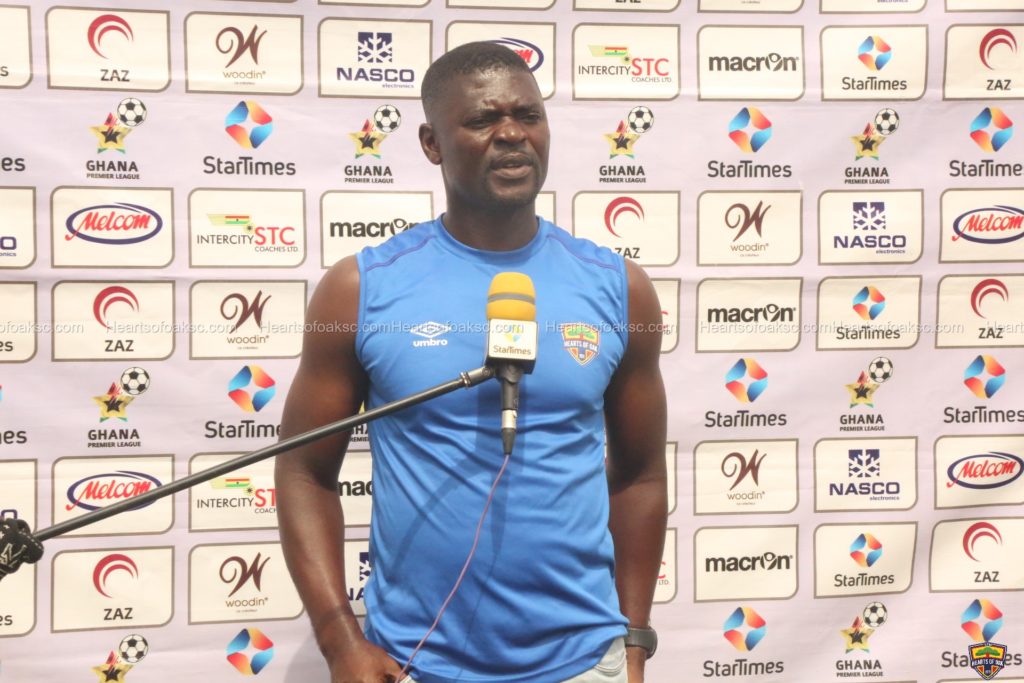 Hearts of Oak coach Samuel Boadu says he would stay away from making comments over the penalty awarded Ashantigold in their defeat to the Miners on Saturday.

Referee Richard Opoku Arhin awarded the home side a last gasp penalty after the ball looked to have bounced off the right thigh of Fatawu Mohammed before hitting his arm.

The penalty was converted by Amos Addai as Hearts of Oak's unbeaten run in the last six games came to a halt.

"Football sometimes is unpredictable, why the referee took that decision l can never tell but we can all see what happened. I have no comment about them. I am concentrating on my next match which is against Inter Allies," Samuel Boadu said after the game.

Despite the defeat, the Phobians remain in fourth place and will be playing relegation threatened Inter Allies in their next game.

The defeat is Samuel Boadu's first since taking over as Head coach of the Rainbow club.