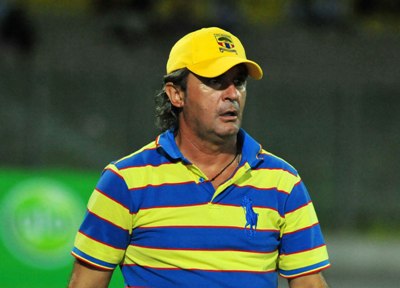 Hearts of Oak coach Nebojsa Vucicevic has slammed supporters who are agitating for his dismissal saying they are ungrateful.

The Serbian has come under intense pressure following a dismal second round performance during which period the Phobians have picked up just four points out of a possible nine.

Their woeful run has seen rivals Asante Kotoko open up a significant seven-point lead at the top the Ghanaian topflight, inducing the reaction from the supporters in the process.

But Vucicevic says the supporters should learn to be appreciative of his effort considering Heartsâ€™ position this time last season.

â€œSupporters forget that before seven and eight months before we fought from eight position,â€ he said.

â€œNow there is a new season where we put together a new team and we are in the second position challenging for the top.

â€œI understand supporters because we are not at the top but the competition is not over so I donâ€™t understand.â€

The 49-year-old has been given a two-match ultimatum within which he will be shown the exit if he fails to pick up maximum points.

The ultimatum begins with the weekendâ€™s encounter with Tema Youth followed by a tough away game at Medeama.