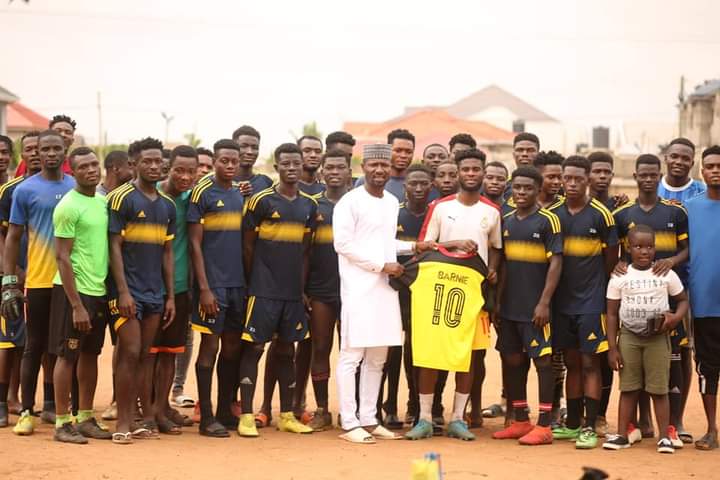 The in-form forward was at Republicans training grounds on Monday to present a jersey and some cash to the club that nurtured him.

Chairman of Madina Republicans Haruna Mohammed thanked the player from remembering his roots.

“Do you know the feeling a parent has when their children are doing something great? That’s the feeling we always have when we see Afriyie play,” Haruna Mohammed on the club's Facebook page.

“We are so happy for Afriyie and we are super proud of his exploits. Every single thing he does on the field of play is a positive reflection for Republicans FC. He is playing for Ghana and he’s playing for Hearts, but for us, he’s carrying our flag in all those places and in every minute he spends on the field.

“This was the dream of our late chairman. To have his players play for the national teams and also to make their names wherever they play. Afriyie is an exemplary example of chair Moro Mohammed’s dream (May his soul Rest In Peace).

“We are always praying for Afriyie and we believe he will reach greater heights and very soon the world will get to know about him. He’s a humble, respectful, honest, and intelligent person and we know God will lead him to achieve all his dreams.”

Barnieh helped Hearts of Oak to their first premier league title in 11 years.