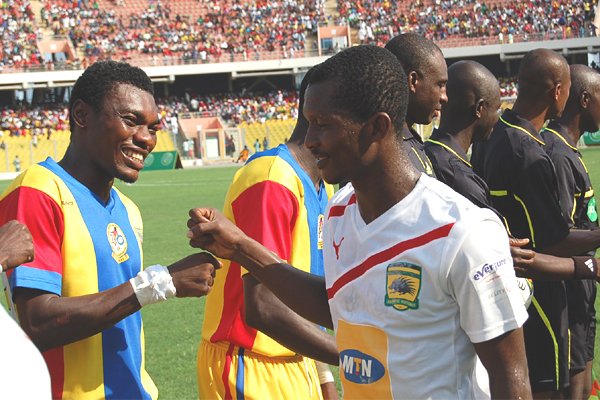 Hearts of Oak defender Philip Boampong says he is â€˜revitalizedâ€™ for next season after recovering fully from an injury.

The strong centre-backâ€™s season was cut short after he ruptured his right wrist ligaments during a Premier League game.

He underwent a successful operation in Accra and has since returned to full scale training without any problems.

"I see I am doing well. I am eager to return to play in the first team,â€ the former Berekum Arsenal player said.

â€œEvery day is like a final for me. It was a major injury but thankfully it's all over, and I am back playing again.

"It has been long in coming. The stakes are on me now to play to catch the eye of the coach.

â€œThat is most important to every player, and I want to do exactly that.

â€œHe is looking for certain qualities and once I want to be back, then, I have to work hard in meeting his qualities,â€

Boampong was member of Ghanaâ€™s Under-20 side that won the FIFA Under-20 World Championship in Egypt.

He is the younger brother of former Hearts defender Dan Coleman.