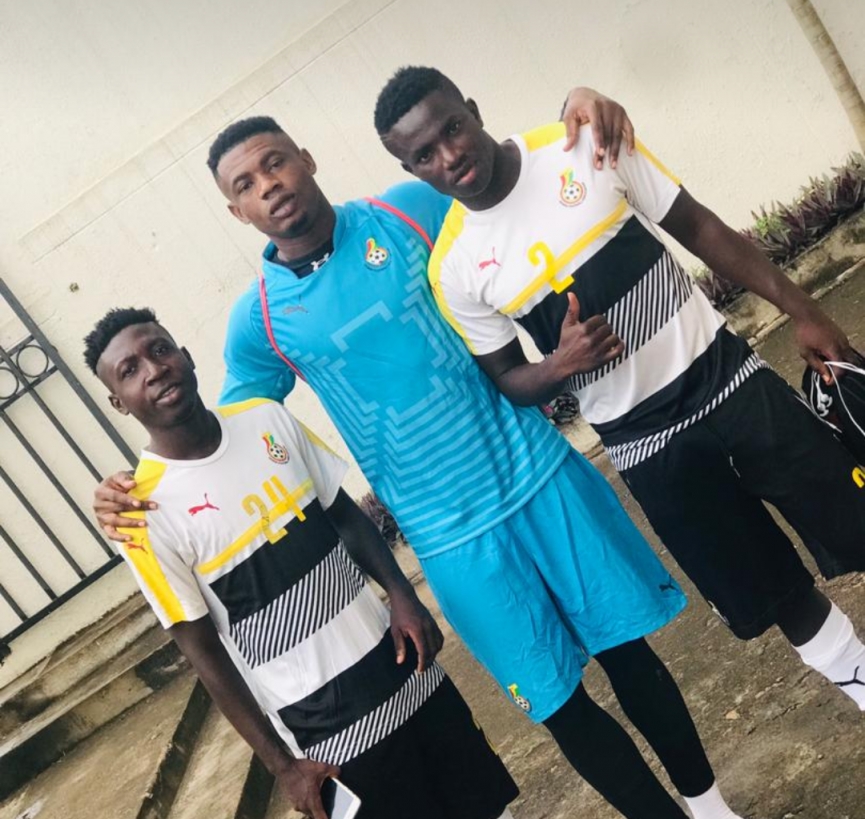 Hearts of Oak defender Christopher Bonney has joined Ghana's Under-23 camp amid controversy regarding his age.

The right-back has sparked an age-cheating row after he was included in a provisional 24-man squad for the African U23 Championship double-legged qualifying match against Algeria.

The defender has ignored the media accusations after joining the rest of his colleagues at their camping base in the Ghanaian capital, Accra.

Bonney has been accused of forging his date of birth with three separates dates popping up in the media.

While documents have shown he is within the age category after being born on November 22, 1998, transfer market put his date of birth of at July 4, 1992 while Kotoko registered him with a July 22 1995 date of birth.

The variations shows the right-back played for Ebusua Dwarfs in the 2013/14 season at a tender  young age of 15, featured for giants Kotoko at 15 and earned a call-up into the country's Under-20 team in 2013 at age 15 to make him a really special talent, it has been claimed.

The discrepancy in his age has split heads in Ghana after the FA announced he's being named in the squad for the qualifier against the North African nation.

Ghana suffered a global embarrassment after CAF disqualified the country from playing at the Africa U17 Championship in Niger in 2015  for fielding an ineligible player.