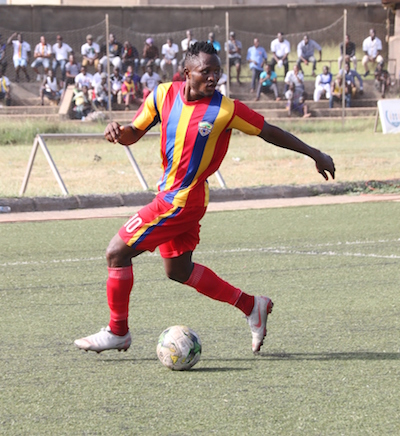 Hearts of Oak talisman Joseph Esso remains an injury doubt for the Phobians inn the big game against Asante Kotoko on Sunday.

The attacker reportedly picked up a knock in training, and could miss the game against their fierce rivals.

Esso ended training prematurely on Thursday, but no official statement has come on his knock.

The former Ebusua Dwarfs striker has been the livewire of the club since arriving from Cape Coast.

His absence will be a huge blow for the Rainbow club, who are on a good run of form in their last three games.

The Black Stars B forward was on the score sheet in Hearts of Oak's 2-0 victory against Ebusua Dwarfs on Match Day 3.

The Phobians have picked seven points in the last three games after back to back defeats in their opening two matches.