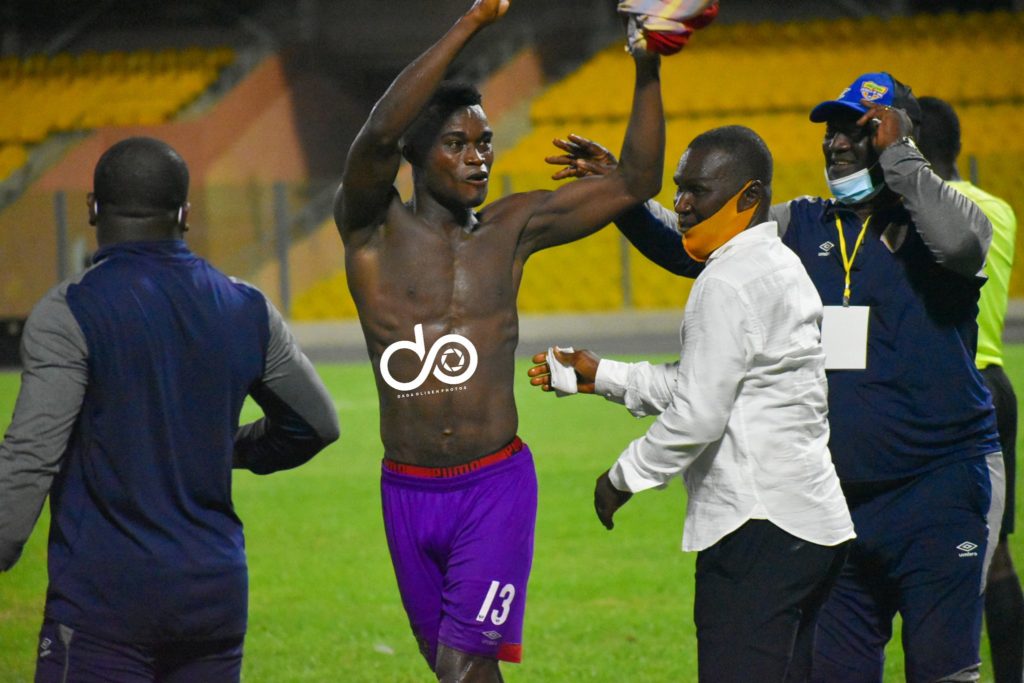 Hearts of Oak have been given a massive boost ahead of the matchday three encounter with Inter Allies in the Ghana Premier League on Sunday, after striker Kwadwo Obeng Jnr was declared fit.

The striker who picked a knock in Hearts' 2-2 draw against Ashantigold on Tuesday has recovered in time for the regional derby against the Eleven is to One Boys.

The 21-year-old scored both goals for the Phobians as they shared the points with AshGold, and Coach Edward Odoom will hope he continues from where he left off against the Miners.

The Phobians will be looking for a first win of the campaign when they line up against the 'Eleven Is To One' side in their first capital derby of the season.

Meanwhile, Hearts have an outstanding league game with Aduana Stars to be played at a later date in Dormaa Ahenkro.

A win over Inter Allies will boost their confidence for the rest of the season as they seek to win a first league title since the 2008-09 campaign.