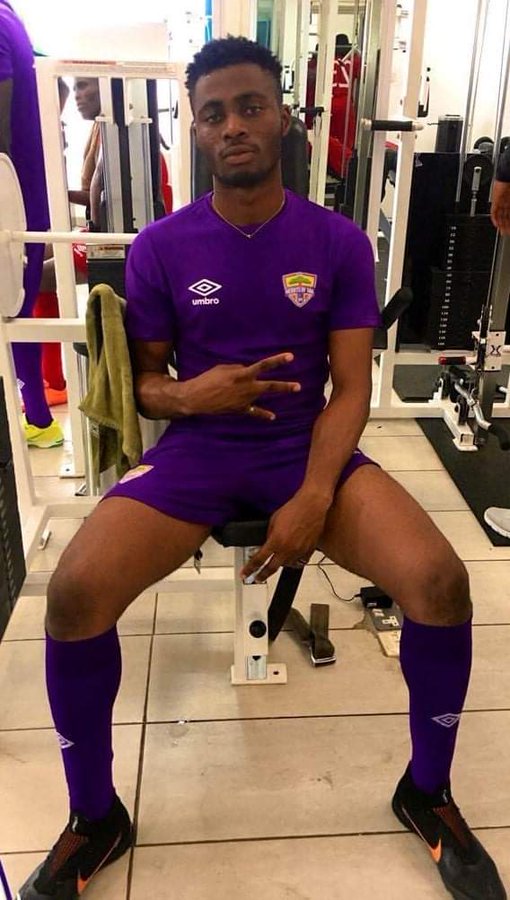 Young Hearts of Oak goalie Richard Baidoo has set sight on winning the 2020/21 Ghana Premier League with the club.

The youngster who is working hard to break into the starting line up of the club is confident of a successful campaign after it was announced the new season begins on November 13.

The Phobians are yet to win the Ghana Premier League season the 2008/09 season.

“Our dream is to win the league next season for Hearts of Oak fans”, Baidoo told Hearts Media. “trust me next seasons GPL trophy belongs to us,” he addd.

“We the players of our lovely club, Hearts of Oak, are fully ready to play the GPL season of 2020/21 and, we are poised to wrestle the title at the end of the campaign”.

Baidoo is still behind Richard Arthur and Richmond Ayi in coach Edward Nii Odoom's team, but has promised to fight for a position next season.

“We have experience goalkeepers at the club and I am learning from them. It is great to be working with national team goalkeepers like Richard Atta and Richmond Ayi as well as the experienced Benjamin Mensah”, Baidoo said.

“I don’t sleep at all, I am constantly working to convince Coach Odoom of my capability and, when given the chance, I will prove it.”

The Ghana Premier League returns after a six month hiatus due to COVID-19.