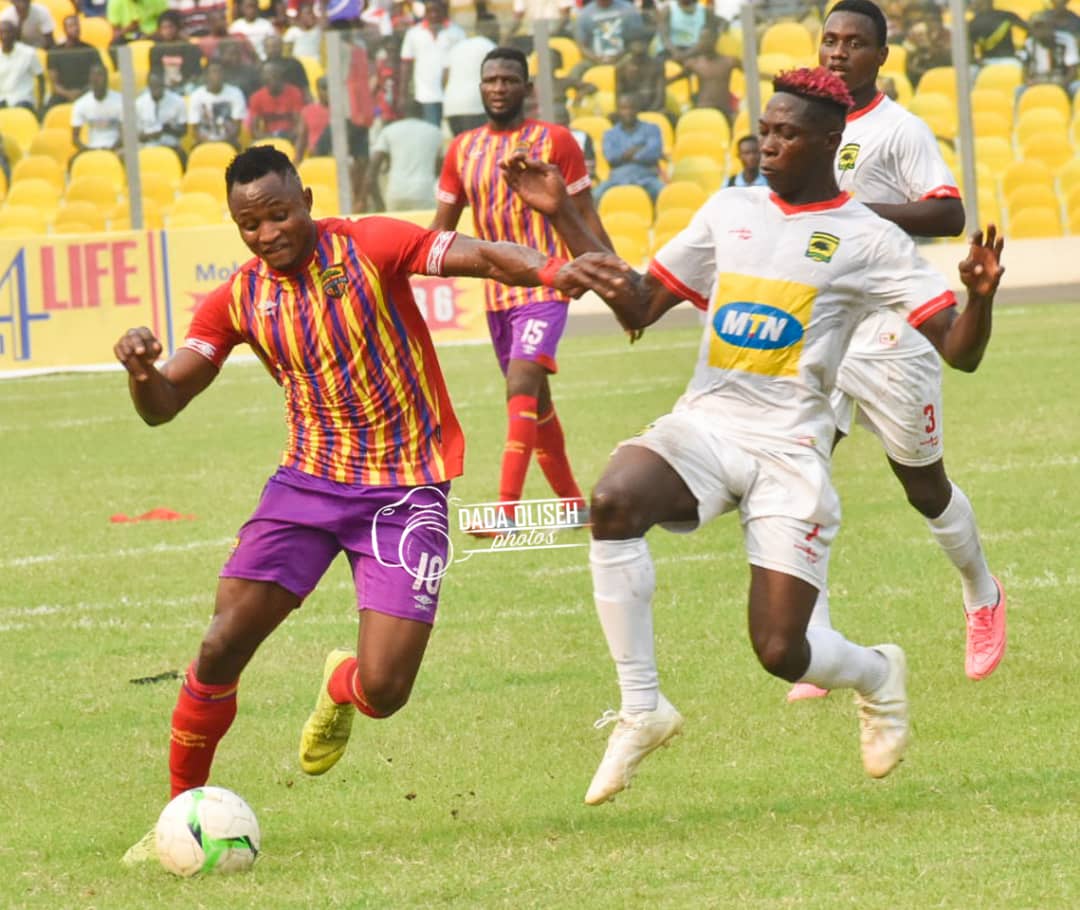 Hearts of Oak's Jospeh Esso being tackled by Joseph Blay.

Asante Kotoko grabbed the points in the Ghana Premier League derby with a 2-1 win over Hearts of Oak in Accra on Sunday.

Striker Naby Keita struck from 12 yards to steal the points after Mohammed Alhassan handled Matthew Cudjoe's ball inside the box.

Kotoko took the lead in the 11th minute after a Justice Blay powerful header but Hearts of Oak levelled after the hour mark through Joseph Esso.

GHANASoccernet.com Adwoa Gyamfua made observations from the first installment of the Ghana Premier League derby.