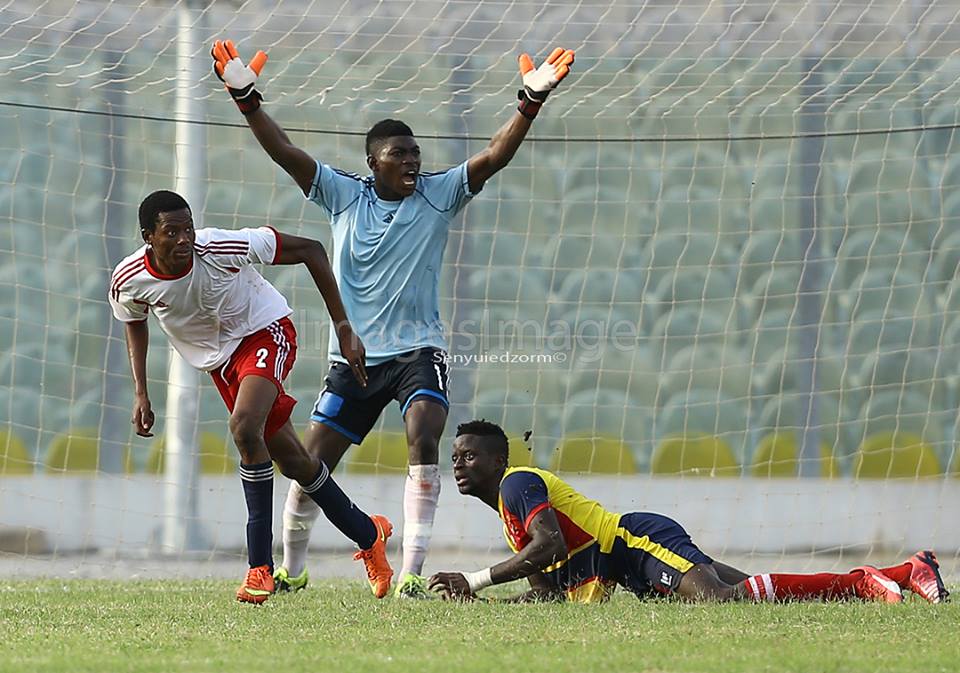 Razak Abalora on the cards for Hearts of Oak
Share

Ghanaian giants Accra Hearts of Oak have turned their attention to WAFA talented goalkeeper Razak Abalora once again, according to reports.

The Phobians reported held talks with their WAFA counterparts over a bid to land the talented goalkeeper but talks broke down.

However emerging media reports claim Hearts are strongly back to sign the goalkeeper to augment their goalkeeping department following the departure of experienced Abdoulaye Soulama and the likely exit of youngster Seidu Mutawakilu.

The Phobians are keen to build a strong and formidable squad for the upcoming season and have secured marquee signings in Malik Akowuah and forward Bright Luqman.

WAFA won't hold on the keeper if Hearts meet their expectations as they have already signed a likely replacement in Richmond Ayi from relegated Techiman City FC.

Abalora is regarded as the best young goalkeeper on the Ghanaian scene following his breath-taking performances for WAFA.

Hearts have signed New Edubiase United custodian Ben Mensah to provide competition for Samuel Akurugu who enjoyed a comfortable ride in between the sticks for Hearts last season.

The Phobians face arch-rivals Asante Kotoko in the semi-finals of the 2016 G6 tournament on Sunday in Kumasi.