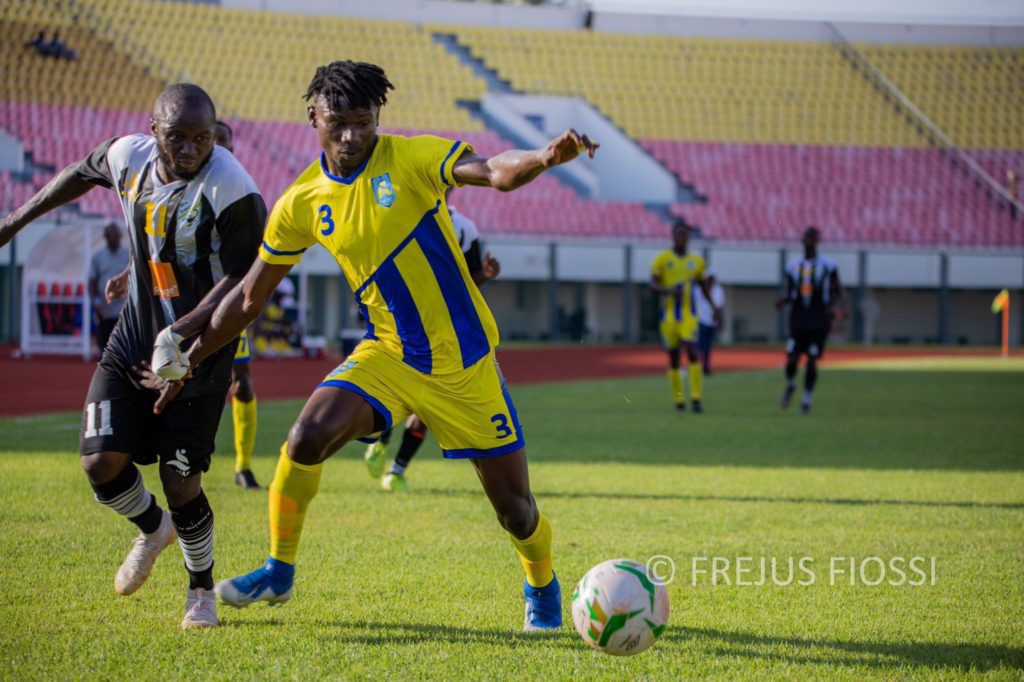 Hearts had to wait 48 hours later than usual to assess their likely opponents as AS Douanes could not host the game in Burkina Faso due to there not being any stadium in the country with the necessary facilities that CAF require to welcome continental interclub games.

A similar issue that Asante Kotoko opponents RC Kadiogo who are also from Burkina Faso faced so they also selected the Stade de l’amitie in Cotonou to hosts their home ties and the game was also played 24 hours later than usual on Monday.

During the game the Burkinabe side AS Douanes pushed hard in search of a goal to ease things for the return leg in Bamako however the Malian side defended well and managed to control the tempo of the game towards the end earning a well fought draw away from home.

This is AS Douanes first participation in the competition whereas Real Bamako have more experience continentally with this being their 16th appearance overall in all CAF interclub competitions, 4 of them coming in the CAF Confederation Cup.

The return leg is scheduled for Tuesday 20th September in Bamako, Mali where it will be confirmed who Hearts of Oak will face in the next preliminary round of the competition which is scheduled for 7-9 October (first leg) and 14-16 October (second leg).

Hearts fans, let us know in the comments below who would you rather face and why?