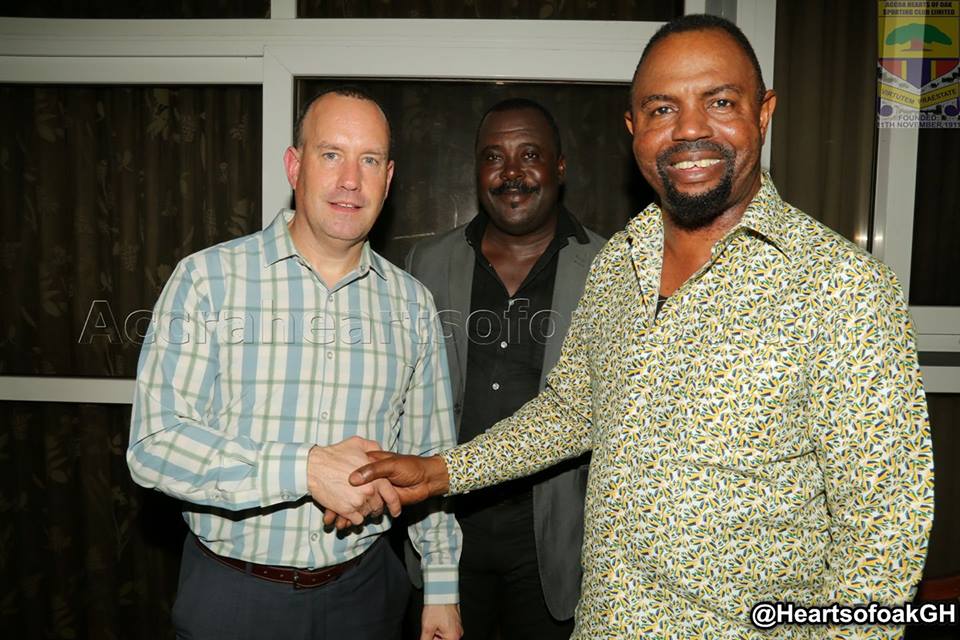 Hearts of Oak Chief Executive Officer (CEO) Mark Noonan has congratulated his team following their win over Dwarfs in week 3 of the Ghana Premier League on Thursday at the Cape Coast Sports Stadium.

The Phobians their first win of the season after beating Ebusua Dwarfs 2-0 at the Cape Coast Sports Stadium on Thursday.

The first half of the clash was goalless but the Accra giants went all gun blazing in the second half as they hit the back of the net twice through Patrick Razak and Joseph Esso.

Prior to the game, Noonan charged his side to step up their game after picking one point in two games.

And the team replied him with a superb performance against the Cape Coast giants.

Mark D. Noonan @MDNOONAN W. Congrats and well done Phobia coaches, players and supporters. Keep it rolling on Sunday. #AHOSC #OneHearts 5:44 PM - Mar 29, 2018 190 64 people are talking about this Hearts of Oak will host Dreams FC in their next fixture.