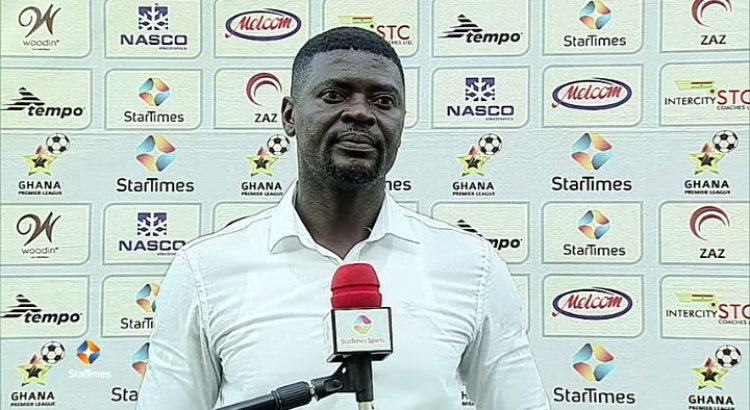 Hearts of Oak head coach Samuel Boadu, says he is concerned with the team’s winless run in the ongoing Ghana Premier League.

The Phobians have accrued just two points out of nine after week three in the betPawa Ghana Premier League.

Hearts of Oak avoided a second defeat of the season against arch-rivals Asante Kotoko at the Baba Yara Sports Stadium on Sunday.

Caleb Amankwah got the late equalizer for Hearts of Oak after Yusif Mubarak had put Asante Kotoko in the lead in the 57th minute of the second half.

Asante Kotoko were cruising to victory before the Phobians struck late to snatch a point.

“It wasn’t a bad game but we couldn’t meet our expectations. We wanted to outplay them but Gladson Awako sustained an injury which really affected us.

“We also missed our key players in this game such as Eric Ofori, Daniel Afriyie Barnie and Mohammed Alhassan.

“It is a concern we have only picked two points so far but let’s put this into consideration that the matches we have played so far is very difficult,” Samuel Boadu added.

Asante Kotoko coach Seydou Zebou who made his debut in the Ghana Premier League said he was disappointed Hearts of Oak got the equalizer late in the game.

“Last week we all saw the performance of the players which was very disappointing but in today’s game there was more improvement just that our players did not take the numerous chances created.

We are very disappointed for Hearts of Oak to score in the last minute.”

Hearts of Oak are winless in their last three games whilst Asante Kotoko begin their title defense with a draw. The Porcupine Warriors play Nsoatreman in mid-week.