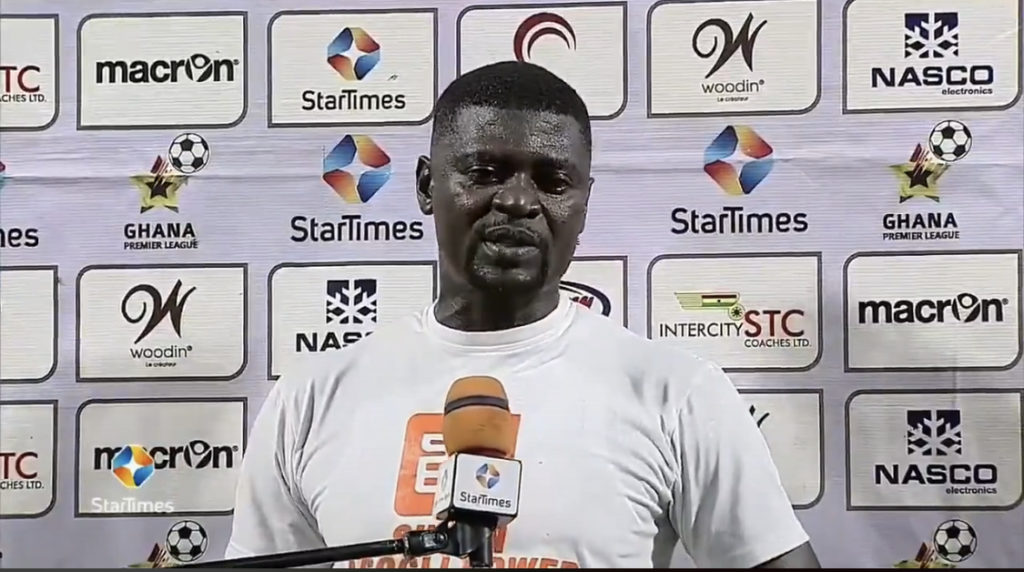 Hearts of Oak coach Samuel Boadu believes his troops shot themselves in the foot after surrendering a lead to draw 2-2 at Dreams FC on Saturday in the Ghana Premier League.

The Phobians opened the scoring in the 27th minute through Daniel Afriyie Barnie.

He smashed in a long range shot which zoomed past goalkeeper Godfred Amoah.

Just before the break, Dreams FC equalized through Issah Ibrahim and then took the lead when Ishmael Dede scored a lovely goal in the 82nd minute.

Salim Adams scored a thunderbolt to get the equalizer for Hearts of Oak in injury time.

''Dreams FC is a good team but for we Hearts of Oak we didn't come in for a draw. We came here to win but it's quite unfortunate we drew with them. We take it like that,'' Boadu said in his post-match speech to Star Times.

On what caused his side, Boadu added: ''Loss of concentration and team unit that's what I saw during the second half and I think when we go home, we'll work on it.''