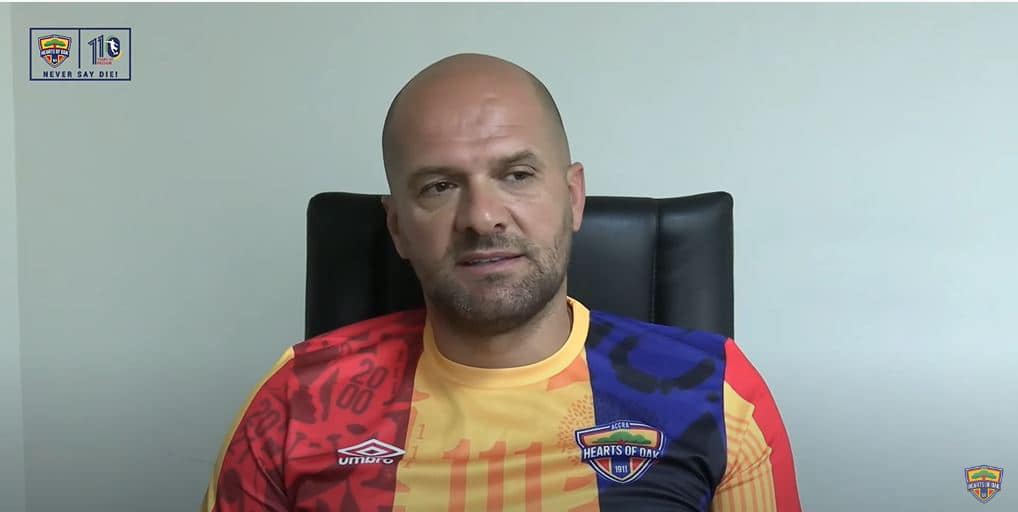 Hearts of Oak head coach Slavko Matic has applied for the vacant Black Stars head coach position, according to reports.

The Serbian coach has sent his application without the notice of the club sources have informed GHANAsoccernet.com.

The Ghana FA is yet to announce a new coach for the senior national football team to succeed Coach Otto Addo who  resigned from the position after the 2022 World Cup.

The Ghana FA has received several applications in the process of appointing a new head coach for the Black Stars before the team’s next assignment in March in the 2023 Africa Cup of Nations qualifiers.

According to the GFA Communications Director, Henry Asante Twum, over 1000 applications have been received so far by his outfit.

"Over 1000 coaches have applied for the job. We keep getting applications each and every day", Henry Asante Twum disclosed on State of Affairs on GHOne TV.

Coach Kwasi Appiah is the only local coach to have applied for the position.

The Sports Ministry is waiting on the report from the Ghana FA to ensure a competent coach is appointed for the long term.

The new coach is likely to be offered a two-year performance contract, according to our sources.