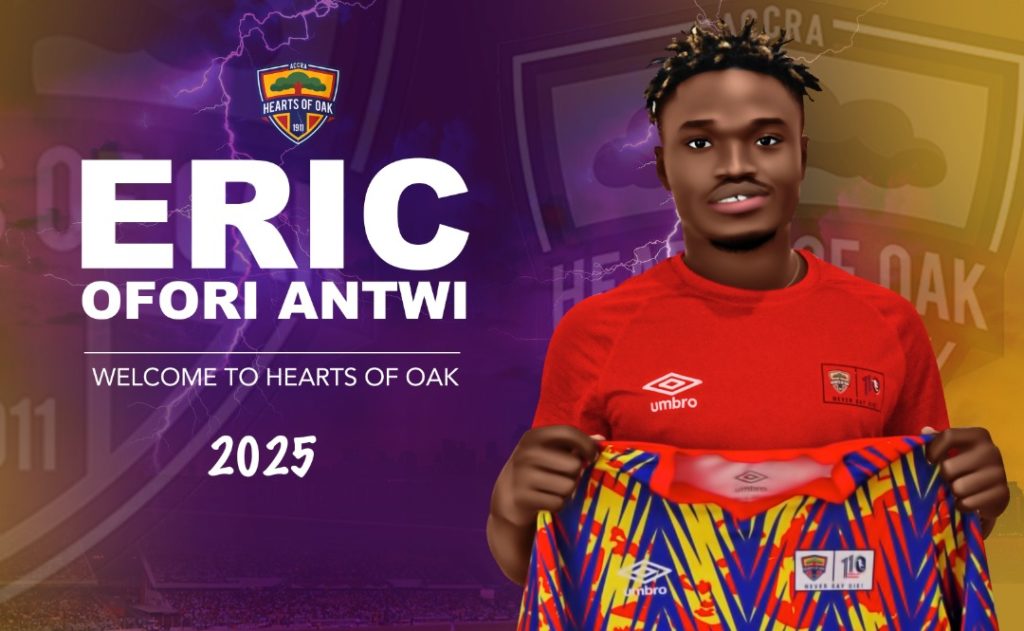 Hearts of Oak have completed the signing of the former Ghana U20 goalkeeper Eric Ofori Antwi ahead of the upcoming football season, GHANAsoccernet.com can confirm.

The 27-year-old joins the Phobians on a three-year contract after parting ways with Legon Cities FC after the 2021-22 season ended.

Antwi is expected to be a direct replacement for Richmond Ayi who has been linked with a move to American side FC Cincinatti.

The experienced shot stopper joined Cities at the beginning of the last season after leaving Medeama SC.

He made 16 appearances in the Ghana Premier League where he managed to keep five clean sheets and conceded 14 goals in the process.

Antwi was named man of the match in the opening day fixture against Hearts at the Accra Sports Stadium after his exploits earned Cities a point from the game.

He was transferred to Kotoko after excelling in his maiden Ghana Premier League season with newly-promoted Amidaus Professionals in the 2011-12 campaign.

Antwi was the first choice goalkeeper for Ghana during the FIFA U20 World Cup which was held in Turkey in 2013.