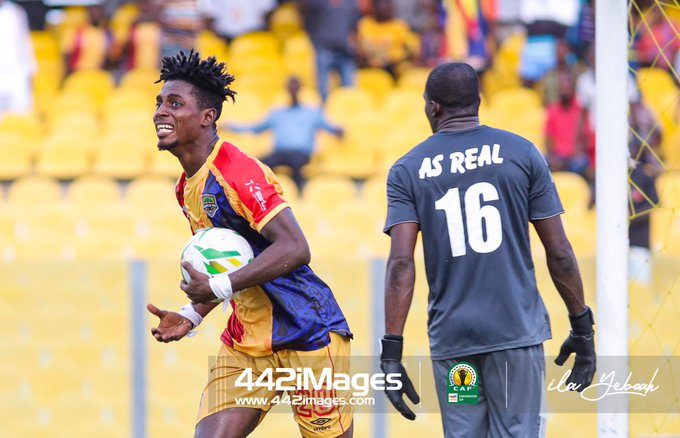 Hearts of Oak defender Caleb Amankwah has been ruled out for a month GHANAsoccernet.com can report.

The former Aduana Stars defender sustained an injury which saw him miss the MTN FA Cup Round of 32 games against Dreams FC on Sunday at the Accra Sports Stadium.

He adds up to the tall list of players missing from action in the ongoing campaign for the club.

The defending FA Cup champions lost the game by a lone goal to exit the competition kind courtesy of a goal from Dreams FC striker Agyenim Boateng.

Pressure mounts on Hearts of Oak coach Slavko Matic who has to turn things around for the club despite their depleted squad.

The Phobians have four of their key players (Gladson Awako, Konadu Yiadom, Seidu Suraj and Dennis Korsah) in the Black Galaxies team in Algeria for the Africa Nations Championship.

The team is also yet to replace Daniel Afriyie Barnieh who has joined Swiss side FC Zurich.

The team currently has three players on the treatment table with another key player Caleb Amankwah injured. The team is yet to make new signings in this ongoing transfer window.

Sources close to the team have say the club may write to Ghana Football Association to postpone some of its matches if they are unable to raise a squad for their next game.