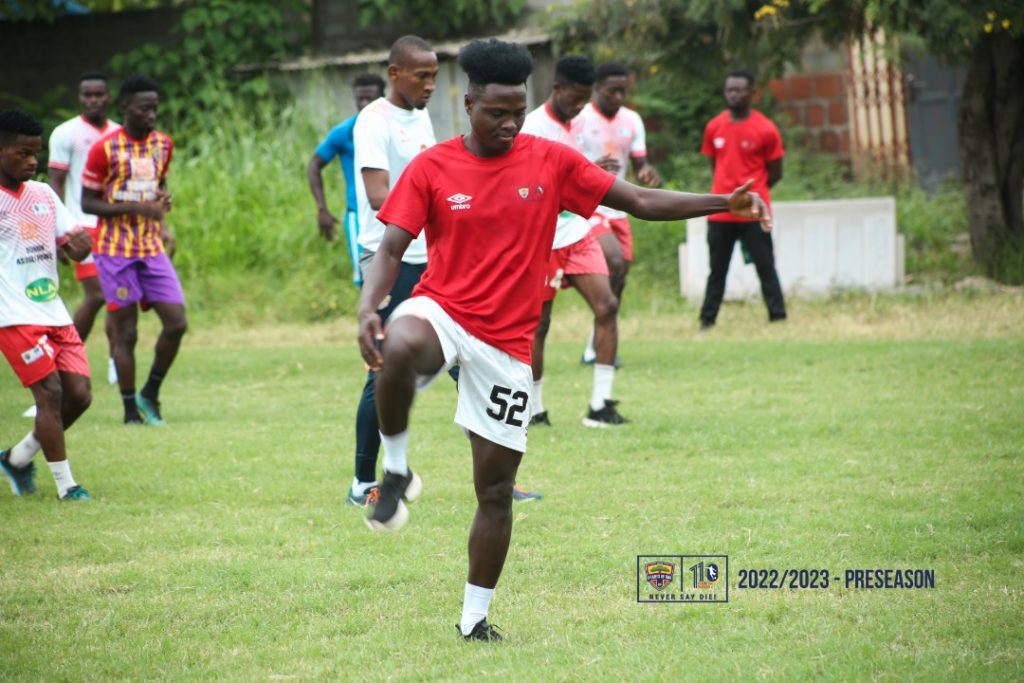 Samuel Inkoom says he and his Hearts of Oak teammates are upbeat about the upcoming season, which begins in September.

The Phobians on Tuesday began preseason earlier this week as they prepare for the start of the 2022/23 season.

Hearts failed to defend their Ghana Premier League crown last season, losing to Asante Kotoko but they won the MTN FA Cup after defeating Bechem United in the final.

"The upcoming season is what everyone is looking up to, we're focused," he said.

"You can see from our first training session, its amazing, different atmosphere, different environment and different players as well."

Hearts of Oak have terminated contracts of striker Kofi Kordzi and Frederick Ansah-Botchway while they decided not to renew contracts of atrick Razak, William Dankyi, Larry Sumaila Ibrahim and Manaf Umar.