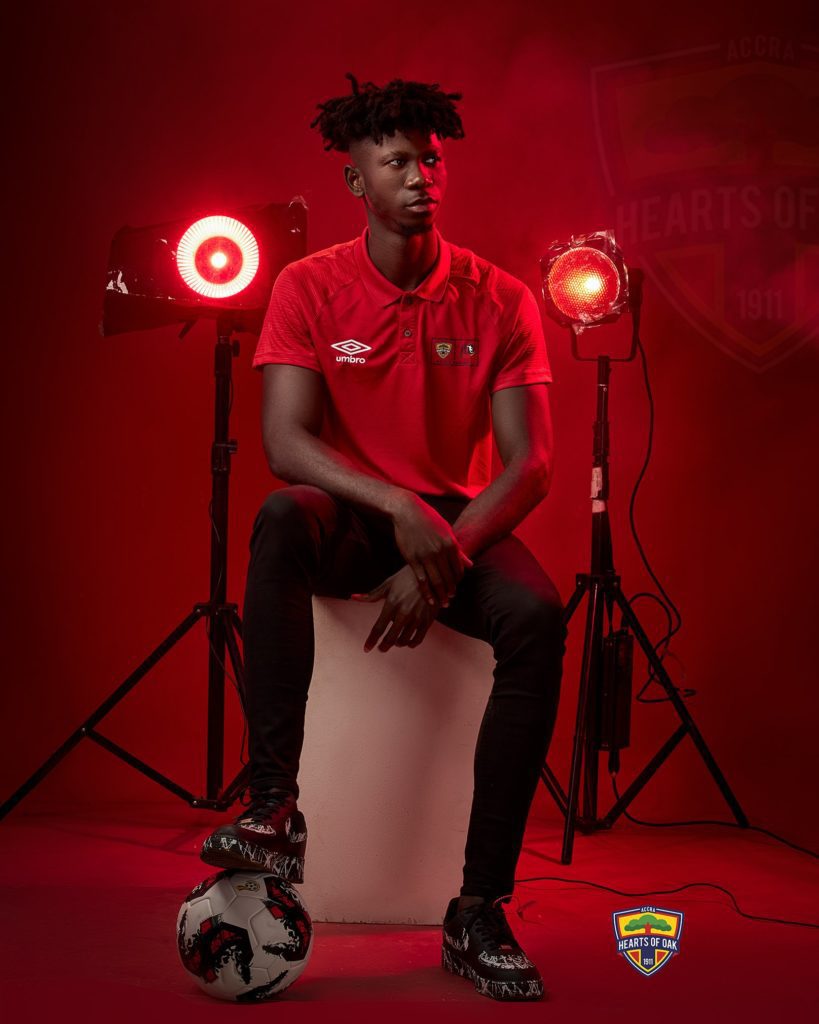 Hearts of Oak have finally confirmed the signing of former WAFA captain Konadu Yiadom, putting an end to speculation that the transfer had fallen through.

Yiadom has been confirmed as a new Hearts of Oak player and is expected to make his debut in the club’s league opener against Aduana Stars this weekend.

The centre-back has signed a three-year contract with Hearts of Oak and is determined to help the club reclaim the Ghana Premier League title from rivals Kotoko this season.

Ghanasoccernet reported in August that a contract had been signed, with Hearts of Oak registering the player for the CAF Confederations Cup.

However, the player's agent, Joe Abu Salam, went on a rampage, saying he regretted negotiating with Hearts of Oak instead of Kotoko, who was also interested.

His remarks posed a serious threat to the move, but calm has since set in, enabling the club to make the transfer official.

He passionately walks in gallantly like every family member will always do.
Welcome home @YiadomKonadu5