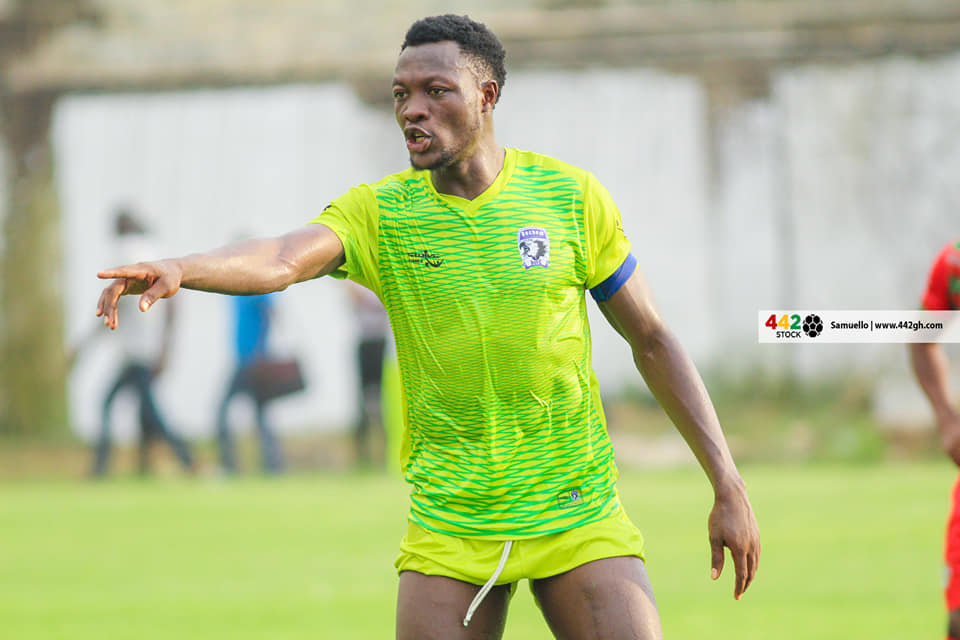 Ghana league champions Hearts of Oak have formally written to Bechem United to inquire about the availability of their captain Moro Salifu, GHANAsoccernet.com can confirm.

The Phobians are keen on adding the towering midfielder to their squad for the 2021/2022 campaign.

Hearts will seeking to defend their Ghana Premier League title and also go far in the CAF Champions League.

The Rainbow club are returning to the continental showpiece after six years with their last appearance in 2015.

Salifu scored 7 goals in 24 appearances in the Ghanaian top-flight last season winning 5 man of the match awards in the process.

The 22-year-old lanky player made his national team debut on 26 March 2021 when the Black Stars B played Uzbekistan in an international friendly.

Salifu was included in the Ghana national team squad that faced Ivory Coast and Morocco in international friendlies in June.