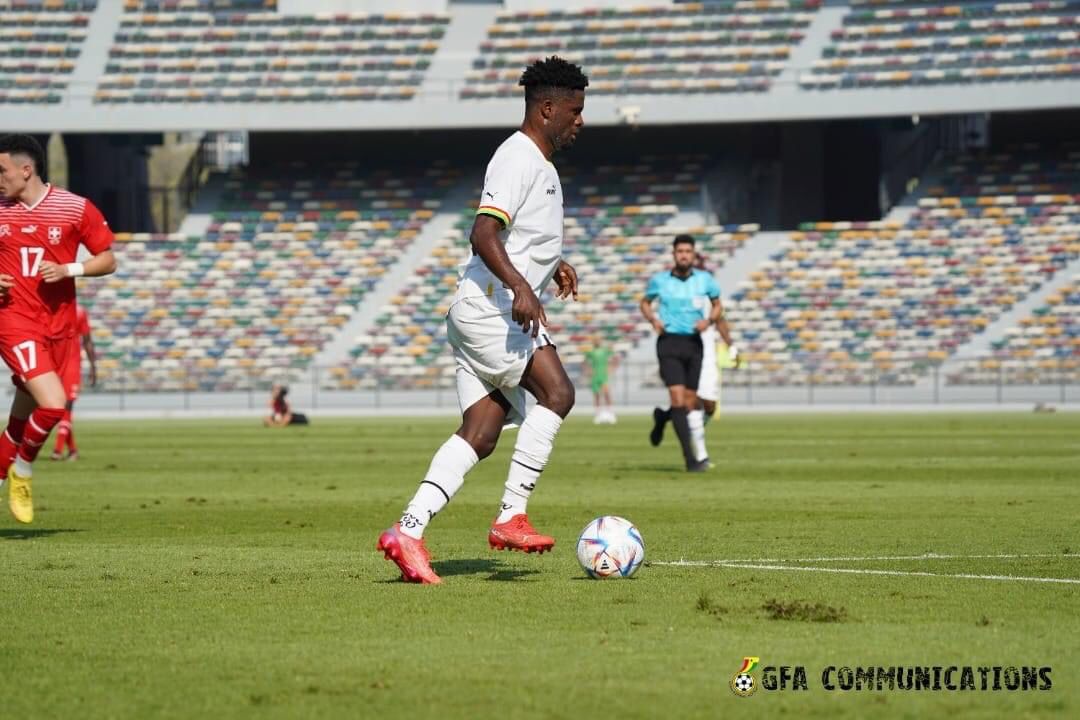 Hearts of Oak forward Daniel Afriyie Barnie made a huge statement in his starting debut for the Black Stars against Switzerland on Thursday.

The 22-year-old justified his inclusion in the Black Stars final squad for the World Cup with an impressive performance against the Swiss national team.

Goals from Mohammed Salisu and Antoine Semenyo ensured the Black Stars defeated Switzerland 2-0 to wrap up their preparations ahead of the World Cup.

Speaking to the media after the game, Daniel Afriyie Barnie who gave a good account of home-based players said, “I feel good for making my debut. It was a good game, there wasn’t any pressure and I sticked to what the coaches said and everything went on well for me. They should keep praying and supporting me.”

“It feels so good, I feel so happy [to have scored],” Semenyo told reporters after the game.

“We played so well, it was an all-round good performance. Everyone’s firing and we’re all ready.”

“We had to take a lot into account: process, heat, load control. When we make three changes at half-time and twice again in the 60th, it's obvious that the result is not the priority.

“The constellation that one or the other player has not played much, we have to take everything into account. It was extremely warm. It is clear that the players have not yet acclimatized. Such a defeat does not throw us off course. We know what we can do."

Ghana will leave Abu Dhabi to Doha this weekend and prepare for their opening game against Portugal on November 24.

The Black Stars are in Group H alongside Portugal, Uruguay and South Korea.