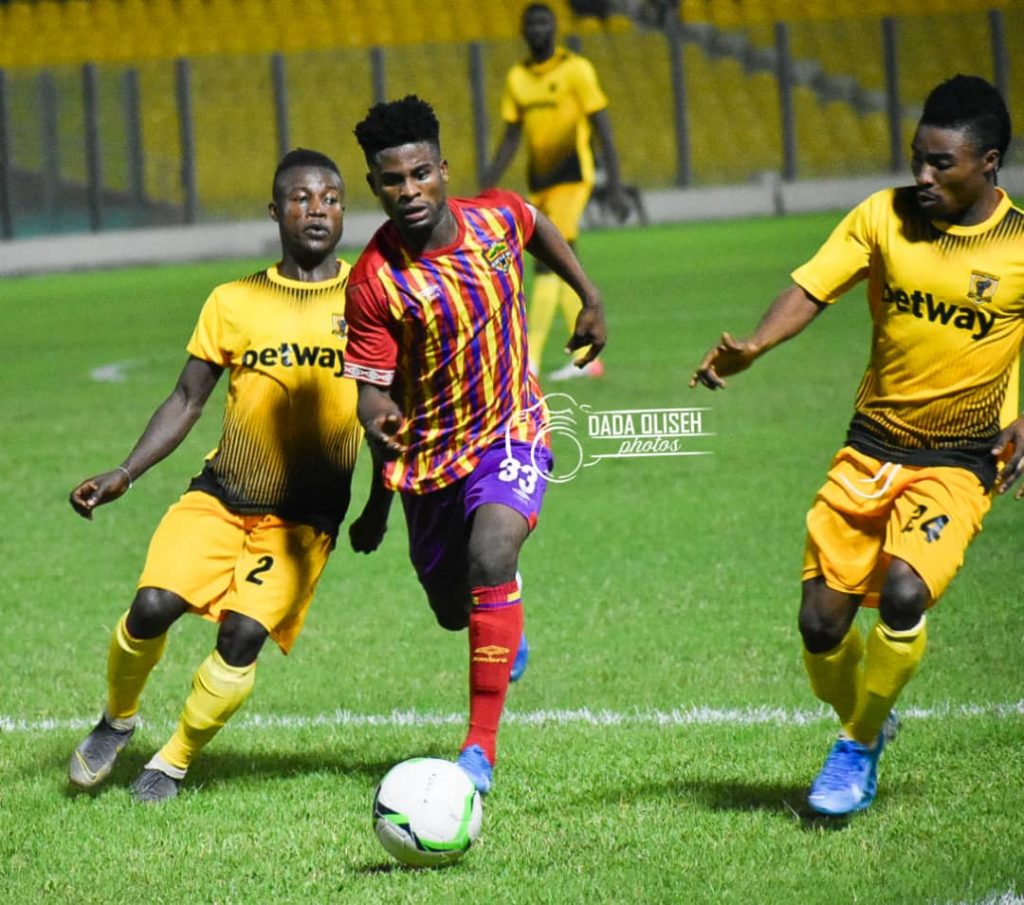 Hearts of Oak forward Daniel Barnie Afriyie has bemoaned his wastefulness in their goalless draw against AshantiGold in Week 8 of the Ghana Premier League on Thursday night.

Hearts of Oak were generally the better side during their goalless statement with AshantiGold on Matchday 8.

The Phobians could have carried the night had they been decisive in the final third of the pitch as they fluffed the chances that came their way.

Striker Daniel Afriyie, who was named Man-of-the-Match, could not believe the chances he missed in the game after missing glaring chances in the game.

“I feel very bad for not scoring because football is all about scoring when you work out at training and came into game and you didn't score it's disgraceful so I think I'm sad for not scoring today,” Afriyie said after game.”

The result left Hearts of Oak in 9th position with 11 points while AshantiGold maintained their 4th slot with 14 points after 8 round of games.

Hearts will travel to Dormaa to engage Aduana Stars at the Nana Agyemang Badu I Park while AshantiGold will host Liberty Professionals at the Obuasi Len Clay Stadium in Week 9 on Sunday.