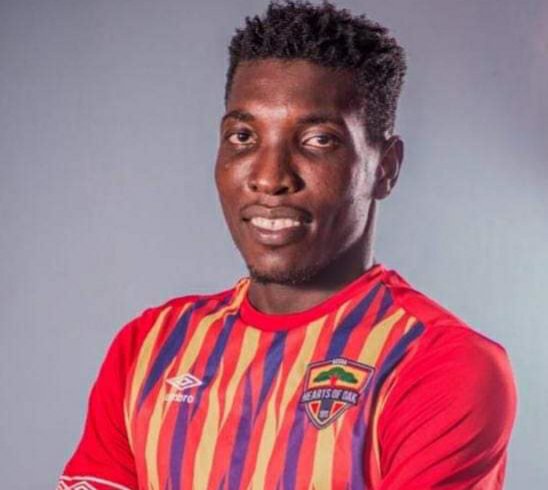 Esso says the Hearts of Oak midfielder is his most valuable player of the season before the suspension.

The Ghana Premier League has been halted since 15 March 2020 due to the novel coronavirus pandemic.

Even though many tip the likes of Justice Blay, Victorien Adebayor, Prince Opoku Agyemang and Yahaya Mohammed to be most outstanding performers in the premiership, Esso chooses Afutu as the best over them.

"I think the season didn’t end but Benjamin Afutu really impressed me. He performed extremely well in most of the games we played in the league. He is my player of the 2019/20 premier league season," he told Wontumi FM/TV.

Afutu featured in 13 out of 15 league games for the Rainbow outfit with a brilliant performance against Great Olympics where he bagged a brace.

Afutu was named man of the match in the same fixture when Hearts of Oak thrashed regional rivals Great Olympics 4-0 at the Accra sport stadium.

A fortnight ago, Hearts of Oak goalkeeper Richmond Ayi also named Afutu as the best player of the 2019/2020 Ghana Premier League campaign.