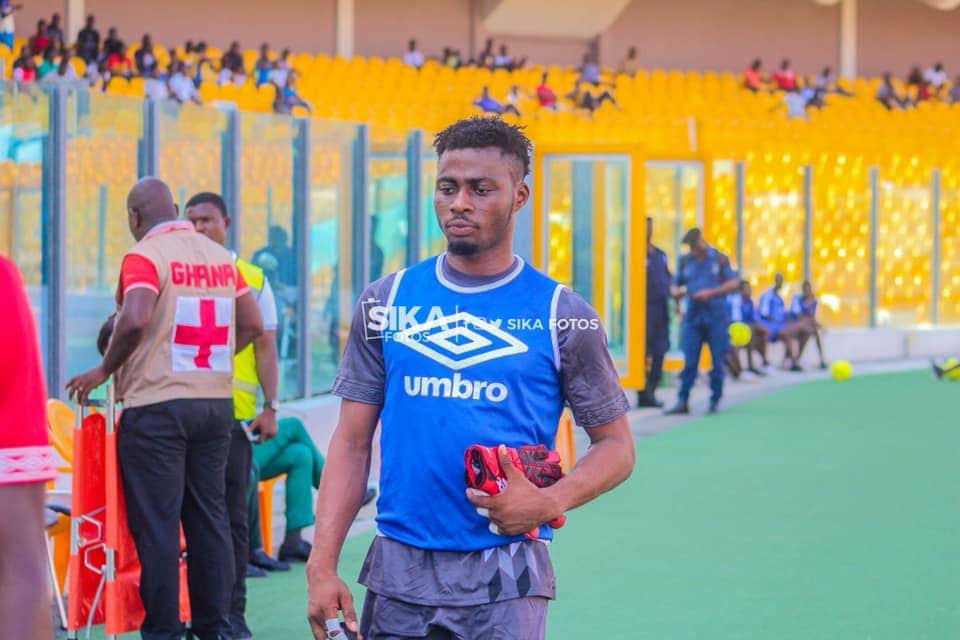 Hearts of Oak goalkeeper Richard Baidoo has revealed that he used to preach the gospel of God in commercial vehicles some few years ago.

Baidoo says he wanted to be a Pastor or an Evangelist but people close to him advised him to focus on his footballing career.

Despite choosing to concentrate on his football career, the young goalkeeper uses his social network pages to preach the word of God.

Baidoo is down the pecking order at the Phobian club behind Richmond Ayi, Richard Attah and Ben Mensah.

The youngster was promoted to the first team of Hearts of Oak after an impressive spell with the youth side Auroras FC in the third-tier league.