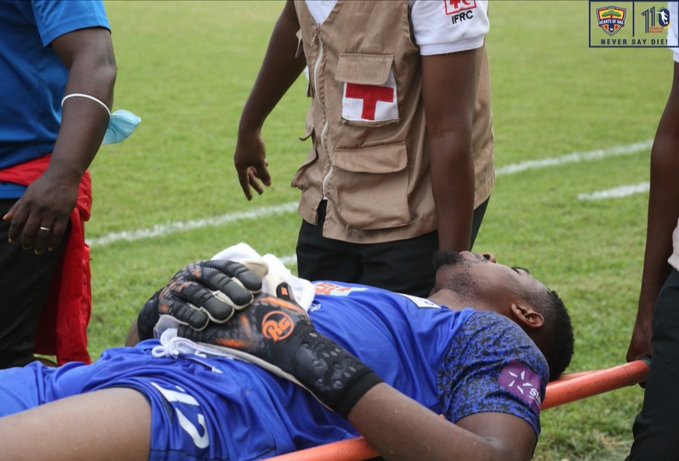 Hearts of Oak goalkeeper Richmond Ayi on a stretcher.
Share

Hearts of Oak goalkeeper Richmond Ayi will be out for 'some days' after suffering a groin injury during Sunday's 0-0 draw with Bechem United.

The club's new No.1 had to be substituted after just 32 minutes at the Accra Sports Stadium against the Hunters.

Ben Mensah took over his position.

The club later revealed: ''Our team Doctor  has confirmed that @AyiRichmond has a minor groin injury. He is been taken care of and will be out for some days.''

Ayi has become the safest pair of hands in the absence of Richard Atta who is with Ghana's Africa Cup of Nations squad.