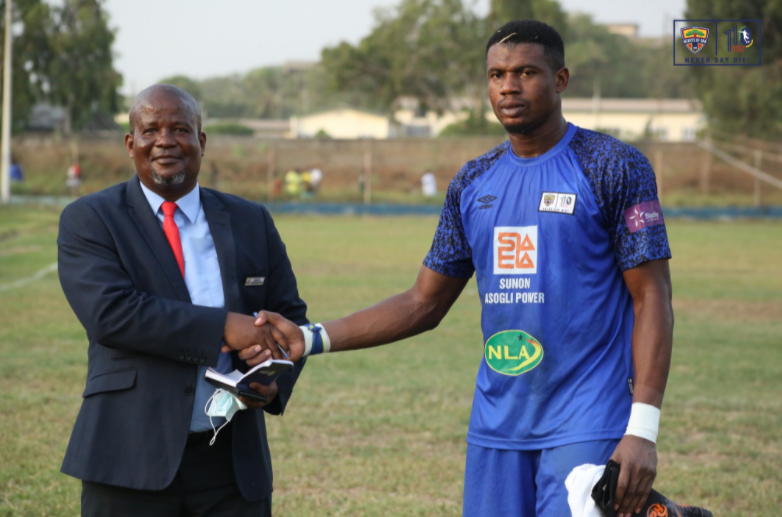 Hearts of Oak goalkeeper Richmond Ayi was adjudged Man of the Match in Hearts of Oak's 1-0 win against Accra Lions in the MTN FA Cup.

The Phobians defeated Lions for the second time in just three days to advance to the round of 32 of the competition on Wednesday.

Ayi had a great game as he made a number of key saves to ensure Hearts beat a spirited Lions in Dansoman.

The only goal of the encounter was scored by Ibrahim Salifu in the 22nd minute. Salifu converted nicely from close range after receiving a beautiful through pass from Isaac Mensah.

Lions had their moments, especially in the 66th minute when they almost equalised. Substitute Daniel Awuni hit the post after beating his marker.

In the closing stages, Lions appealed for a penalty as they thought Hearts defender Caleb Amankwah had handled the ball in the box, but referee Charles Bulu will have none of it.

Lions will now focus on the league and try to avoid relegation.