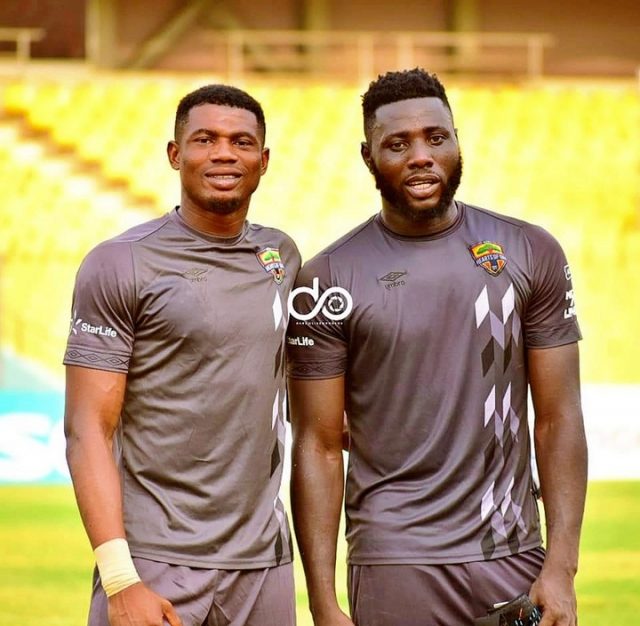 Hearts of Oak goalkeeper Richmond Ayi says he is not worried about his bench role at the club.

Ayi was named Man of the Match on Wednesday when he helped Hearts of Oak beat Accra Lions 1-0 and advance to the round of 32 of the MTN FA Cup.

The shot-stopper was handed a rare start and he had a great game in Dansoman as the defending champions marched on.

“It’s a great feeling because as defending champions and we starting the game in the round of 64, we were determined to win.

“The instructions the coach gave us, worked to perfection,” he told Africa-foot.com.

Ayi hasn’t played much since joining the club in 2018 because Richard Attah who joined a year after is the trusted number one.

“It’s a team, we are all fighting for us to win and no matter who keeps, we accept the outcome.

“So, it doesn’t matter me playing or not.

“If I’m not playing, my support is behind the team so it doesn’t matter.”