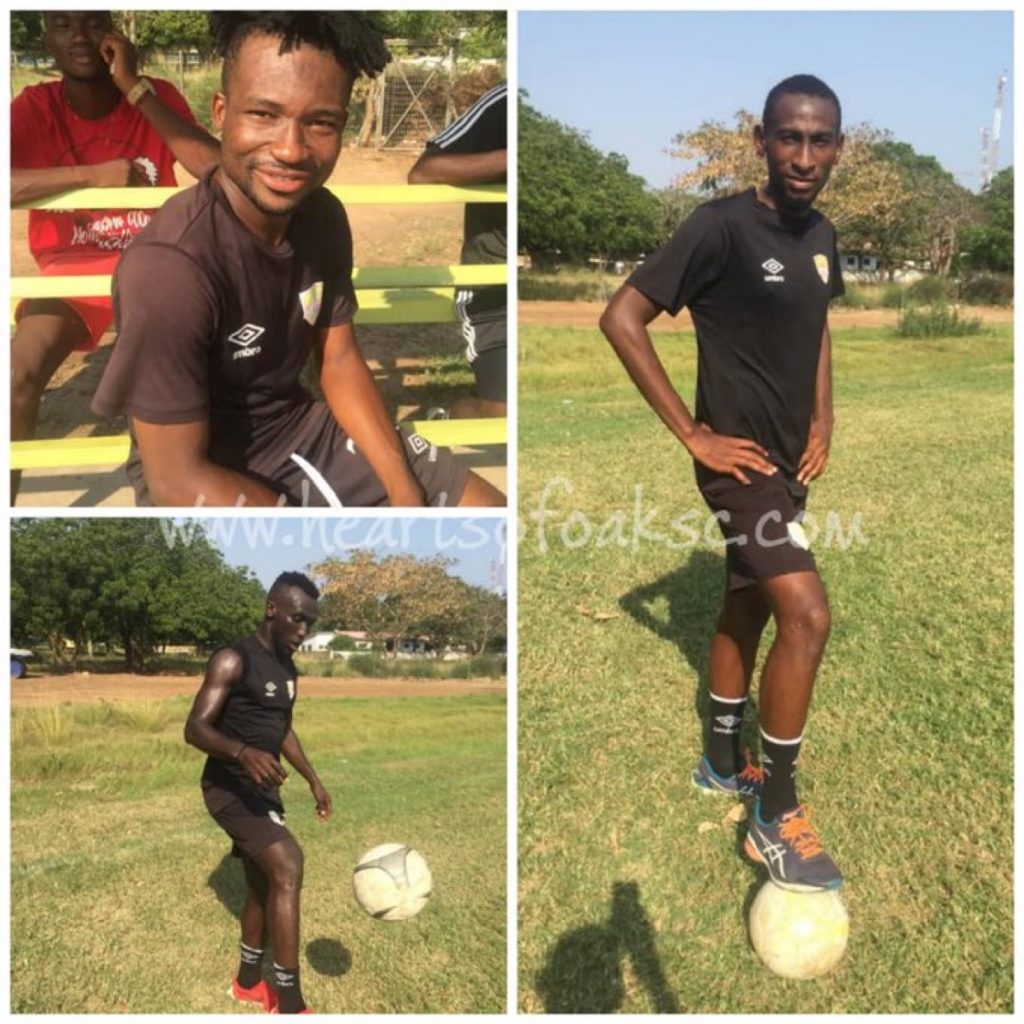 Hearts of Oak have been boosted by the return of injured trio Lawali Mamane, Emmanuel Nettey and Abdul Aziz Nurudeen.

The Phobians appeared to have been touched by lady luck this week following the return of leading marksman Kwadjo Obeng Jnr. from injury.

There is another sigh of relief for the Rainbow club faithful after Lawali, Nettey and Nurudeen were spotted amongst the players that showed up for training at the St Thomas Aquinas Park on Wednesday.

Lawali had been on the treatment table for the past weeks due to a minor injury.

The Niger international was cleared by the team's medical team after close observation.

Nurudeen has made a swift recovery from the injury he suffered in training prior to the Elmina Sharks game.

Nettey, on the other hand is not fully fit after sustaining a major injury that ruled him out for weeks.

However, the medical team are strictly observing his recovery and will let the technical team know when he is fully fit to make an appearance.

Nurudeen and Lawali are expected to take part in this weekend’s Ghana Premier League game against Eleven Wonders.

Hearts of Oak are sitting 5th position with 11 points from 8 matches.