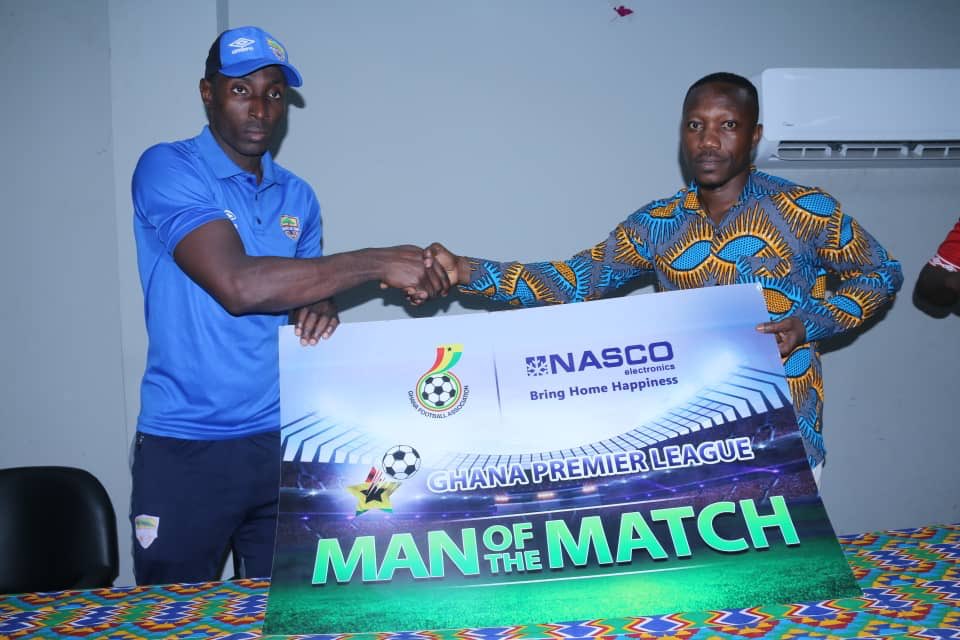 The bull-dozing hitman saved Hearts of Oak blushes with his 93rd minute goal against the Hunters at the Accra Sports Stadium on Sunday.

He drew level for the Phobians in the 34th minute through the spot after Prince Adu Kwabena had given the visitors the lead 26th minutes earlier.

Captain Fatawu Mohammed gave Hearts of Oak an advantage for the first time in the match before Hafiz Konkoni restored parity for Bechem United.

Just as the Hunters thought they had picked a point off the Rainbow Club, Kordzi popped up with a fantastic strike in the 93rd minute to win the match 3-2 for the hosts.

He has scored five goals in ten matches for the club in the ongoing season.