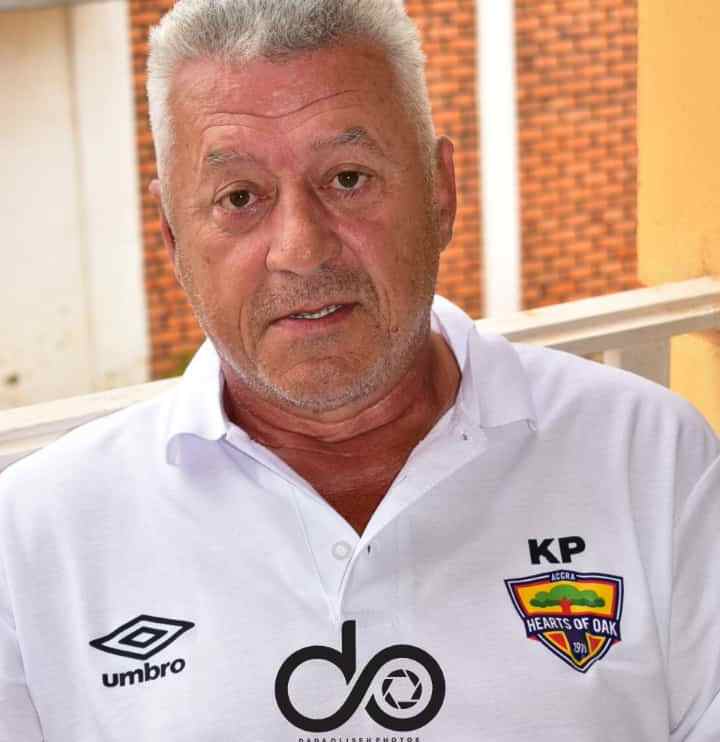 Kosta Papic has resigned as Hearts of Oak coach

Former Hearts of Oak coach Kosta Papic has hit back at accusations of favouritism in his team selection during his short stint with the club.

The Serbian coach was accused of favouring players by the Captain of the side, Fatawu Mohammed which resulted in mistrust among the playing body.

Fatawu Mohammed made these comments in a press briefing organised by the Board to address issues on why the coach resigned.

“The thing about the favoritism is that some of the players felt they were ready to play matches but they were never given the chance.

“Others felt that, injured players who were out of the team for long spells, were immediately restored into the starting eleven once they returned to fitness. As a result, some players felt they were not getting rewarded for all the hard work they put in training.

“If someone is 100% fit and training each day, and another goes out injured for one or two months and on their return, they are easily restored to the first eleven, some players didn’t think it was fair,” he said.

Kosta Papic has denied those comments  in an interview with Kumasi-based radio station Pure FM.

"This same captain when I came, he had not played first two matches. He fight for his position and I started him. If I had a favorite in the team, he is suppose to be one of them"

Papic who resigned from Hearts of Oak earlier this week has been appointed as Technical Director for Black Leopards.